The Grids of the Future

The move away from fossil fuels seems to be a fore­gone conclu­sion. But what does this mean for the grids of the future?

If we want to slow the pace of climate change, we have no option but to move away from conventio­nal sources of energy. Even without alter­na­tives to coal and oil factored in, however, the future is set to see grids carrying more and more elec­trical energy as demand continues to rise.

In response to our move toward new forms of energy, the propor­tion of large-scale power plants (nuclear, coal, and gas) contributing to grids is expected to drop from 70 percent today to between 56 and 32 percent. This means that we will be able to produce 52 to 79 percent of elec­trical energy without emis­sions, depend­ing on which 2040 scenario plays out.

Solar and wind power will account for the largest energy share, but the amount that these renew­able resources are actu­ally able to produce will fluc­tuate over the course of the year and day to day as local wind, sun, and water condi­tions change. As many of these plants are also much smaller than their conven­tional coun­ter­parts, the switch to renew­able resources is set to have a notice­able impact on grids. The effects of this include:

Grid oper­a­tion will need to adapt to fluc­tu­ating elec­trical energy provi­sion in order to cover demand. Where coal bunkers were once the storage solu­tion of choice, there is now demand for short-term and long-term energy storage methods as a way of regu­lating the avail­able power balance. The storage tech­nolo­gies with the most focus include power-to-gas plants, pumped-storage power plants, and batteries.

Most renew­able sources of energy are installed in loca­tions where the supply of primary energy (wind, sun, biogas, or biomass) is at its most plen­tiful — not neces­sarily where demand is highest. Supplies of energy are also becoming increas­ingly dispersed and renew­able plants tend to be smaller than conven­tional ones.

Many producers are shifting away from trans­mis­sion grids in favor of distri­b­u­tion grids. Due to the fluc­tu­ating supply of primary energy, the installed capacity (and there­fore the connected load required) in rela­tion to annual energy yield is much higher than it is in conven­tional power plants. This means that both distri­b­u­tion grids and trans­mis­sion grids will need to be expanded in many cases.

As the world moves toward alter­na­tive resources, demand for elec­trical energy is also expected to rise by 50% world­wide and power grids will be required to trans­port this addi­tional energy. The capacity needed for trans­porta­tion will depend on supply and demand over the course of the day. Renew­able methods of gener­ating energy create larger fluc­tu­a­tions on the supply side because, due to natural condi­tions, the oper­ating times of wind power plants are only around 40 percent of conven­tional plants—and just under 15 percent in the case of solar plants.

As a result, much higher capacity levels need to be installed in order to deliver the same amount of energy. Inte­grating road trans­porta­tion into the grid also brings new fluc­tu­a­tions on the demand side, which may result in a need to expand the grids, depending on their reserve capac­i­ties.

Grids operate with reserves that they can use in excep­tional circum­stances and as a backup in the event of prob­lems. As a result of struc­tural changes and increased elec­tricity levels, the capacity of grids will be used more inten­sively at all voltage levels and, in response, grids will need to be strength­ened and provided with relief measures using a more flex­ible approach to supply and demand. Smart grids, smart meters, new elec­tricity trading concepts, and more flex­ible price models will be needed to achieve this.

Apart from the produc­tion and consump­tion of energy, a further tech­no­log­ical devel­op­ment is taking place in elec­tricity grids. Wind plants, solar plants, elec­tric storage devices, elec­trol­ysis plants, charging infra­struc­tures for elec­tric vehi­cles, and numerous consumers all have one thing in common — they both supply and are oper­ated with direct current. As a result of the move toward renew­able forms of energy, the installed capacity of direct-current systems in many grids already exceeds that of conven­tional alter­nating-current systems (gener­a­tors, drives, and alter­nating-current consumers).

The use of converters that work with power elec­tronics is set to rise in the future. New equip­ment with power elec­tronics and new conven­tional equip­ment can be used to face the chal­lenging situ­a­tions presented by oper­ating the grids of the future. Grids are also likely to become more and more auto­mated — but their require­ments for reli­able oper­a­tion with high-quality current and voltage will remain the same. 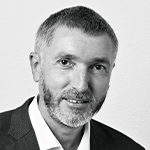 Do you have any ques­tions about the grids of tomorrow?
Stephan Rupp, Busi­ness Devel­op­ment Manager for Power Elec­tronics, will be delighted to answer them:
S.Rupp@reinhausen.com