A Question of Distribution

It’s touch and go every day: Will the voltage remain stable? Or is today the day when it happens? Network operators, industrial consumers, energy suppliers and transformer manufacturers worldwide are familiar with these concerns: They are all faced with the challenge of maintaining a stable voltage in the precariously balanced medium- and low-voltage networks and of securing an optimal voltage band—today, and in the future. It all revolves around the question: What is the role of distribution network transformers in this situation? 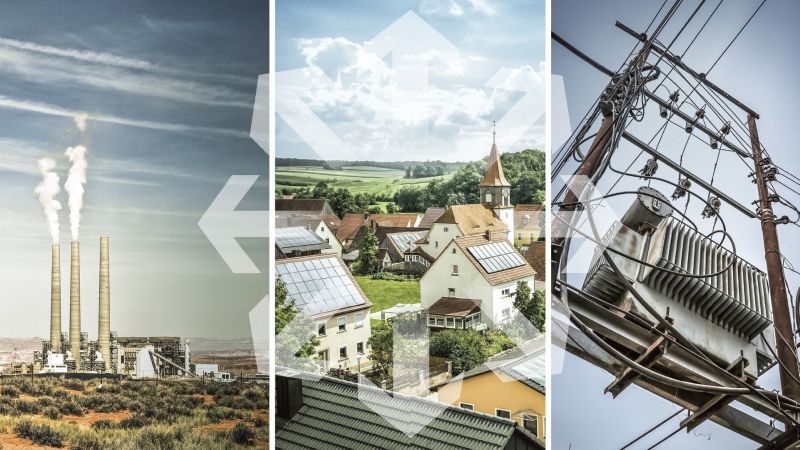 One thing is clear: everyone wants a stable voltage band. But the causes of voltage problems often differ fundamentally from one country to the next: On the one hand, suppliers in the highly developed industrial countries are struggling with the integration of renewable energies. On the other hand, many economically weaker countries are faced with networks with a tight short-circuit capacity, long transmission distances, and volatile consumers and generators.

Jorge Leiva, who is responsible for research and development at the Argentinean transformer manufacturer TTE in Córdoba, is currently investigating how the integration of the new ECOTAP VPD on-load tap-changer from Maschinenfabrik Reinhausen (MR) influences the design of distribution transformers. Together with his colleague Pablo Arrascaeta and a team of engineers, he is currently developing a prototype. 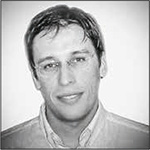 Although energy consumption is continually increasing in this South American nation, operators are lagging behind considerably with the expansion of their networks. This results in high voltage fluctuations, which regularly lead to equipment damage and faults in production processes. TTE developer Leiva explains: “Since we are also affected by the volatile voltage, we will use the prototype to supply stable voltage to our test facilities for the transformers that are produced on site. This means that, in addition to regulated transformers, we can also demonstrate reliable tests to our customers.” Franco Pizzutto, Business Development Manager at MR, sees the protection of industrial processes as an application area with great potential: “Voltage regulated distribution transformers (VRDTs) with ECOTAP VPD can benefit all those who operate their own distribution network and need to control sensitive processes with volatile medium voltage such as, for example, industrial companies or hospitals.”

Although renewable energies such as solar power or wind farms still play a minor role in Argentina, the Ministry of Energy and Mining is already generating significant momentum for growth. This primarily concerns farms above the ten-megawatt class. TTE developer Leiva, however, is expecting new network connection guidelines, which will also allow decentralized generators with smaller power outputs to connect to the network. “In such an environment, regulated distribution transformers can perform to their full potential and manage the problems of volatile supply, load fluctuations, and feed-ins from decentralized generators.”

THE END OF THE ONE-WAY STREET

The situation is different in highly developed industrial countries, which are already a step ahead in terms of renewable energies. The challenge for distribution networks here has less to do with the large wind and solar farms that are found, for example, in Spain, as these transfer the recovered energy directly to the high-voltage networks. Instead, it is the small and extra-small decentralized feeders at the medium- and low-voltage levels which cause particular problems for suppliers because the distribution networks have been designed as one-way streets. In Germany, however, the networks are now characterized by rapid two-way traffic, as the German legislature wants at least 80 percent of the power supply to be covered by renewable energies by 2050 at the latest. 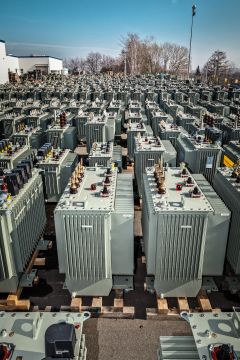 Distribution networks were designed as one-way streets, but they are now characterized by rapid two-way traffic. VRDTs ensure a stable voltage band. (© SBG)

In the last few years, generous subsidies have created a boom in wind power, biogas and photovoltaic plants (PV) – with impressive figures: Over 1.5 million solar plants now supply more than six percent of the German electricity requirement. And the trend is rising. According to the Fraunhofer Institute for Solar Energy Systems, more than 98 percent of the solar power plants in Germany are connected to the regional decentralized low-voltage network. In many regions, more electricity is generated than consumed on sunny days. The load flow then turns around and the generation-driven energy recovery significantly exceeds the original reference power for a while. The networks reach their intake limits, and voltage fluctuations occur.

However, large-scale suppliers, such as Avacon AG and Bayernwerk AG, which belong to the E.ON Group, must guarantee a voltage band of plus/minus ten percent, while at the same time continually connecting additional renewable energy providers. Franco Pizzutto brings the VRDT into play: “Since 2008, we have been working with transformer manufacturers and network operators to research how to support voltage band compliance with VRDT. We also focused on the optimization of network topologies, and how to reduce or avoid the costs of complex network extension measures.”

The largest regional network operator in Bavaria, Bayernwerk AG, is particularly affected by the PV boom. On sunny days, the Bavarian company has to accept up to 5,600 megawatts of solar power from more than 255,000 generators and transport it from the countryside to the cities and other load centers via the low-, medium-, and high-voltage networks. Electrical engineer Sebastian Schmidt is responsible for research and development activities at Bavaria’s largest large-scale supplier and explains: “We have to anticipate such developments. A classic network expansion with new cables and additional transformer stations takes decades, and is correspondingly cost and labor intensive. Therefore, we are always looking for alternative ways to optimize our networks.” 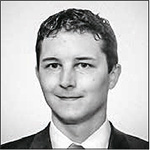 It is this search that led Bayernwerk AG straight to MR. Schmidt adds: “MR had already established itself as a reliable partner in the field of high- and medium-voltage tap-changers, which have made it possible to dynamically adjust the voltage level, especially in medium-voltage networks that are characterized by feed-ins. Together, we have worked intensively on the development, standardization, and use of regulated transformers for distribution networks within the framework of group-wide research projects.”

Bayernwerk affiliate Avacon AG played a leading role in the development. In addition to the feed-in of solar power, the German large-scale supplier, which is located in the north of Germany and is one of the country’s largest regional energy service providers, focuses on wind energy and biomass plants. Stefan Henssen, who works in the field of distribution network technology, reports additional problems: “Many wind farms feed directly into the medium-voltage networks; at the same time, the distribution networks are becoming increasingly volatile. Therefore, we have to manage a fluctuating supply voltage. The VRDT is ideal for this task, as it decouples the medium voltage from the low voltage and creates additional bandwidths.”

“With the VRDT, we can stabilize a fluctuating supply voltage.” Stefan Henssen, Avacon AG, Salzgitter

In addition to the technical parameters, the network planners focus primarily on investment and operating costs for all network optimization measures. Avacon technician Henssen explains: “In order to be able to replace unregulated transformers with regulated transformers, we placed special emphasis on longevity and low maintenance costs for the tap-changer. The transformer footprint could not be changed, which means that the VRDT has to fit into the existing stations for unregulated transformers for a cost-effective exchange.” (For more information, see the interview with transformer manufacturer SBG on page 14). The Bayernwerk technician Schmidt adds: “It was also important for us that the tap-changer did not cause any additional losses in the transformer.”

Avacon experimented intensively with the different possible uses of the VRDT within distribution networks. They researched the effects on network stability, ranging from selective to large-scale use. Bayernwerk developer Schmidt adds: “When used selectively, the VRDT has the greatest effect on the downstream low-voltage network. When used in greater numbers on a feeder basis or in large-scale use, the VRDT can also have a positive effect on the medium-voltage network.”

The ECOTAP VPD turns rigid distribution transformers into intelligent regulating transformers. The most important features of the new tap-changer:

Find out more about the ECOTAP VPD

Their long-standing research and development work has paid off: VRDTs with ECOTAP VPD are now available as standard equipment throughout the entire E.ON Group. They are also available to regional network planners as an important part of the network optimization portfolio. Henssen and Schmidt are therefore expecting the number of installations to grow continually over the next few years. MR engineer Pizzutto is also convinced that the VRDT will play an increasingly important role. He believes that new types of load will provide a further driving force for the development of networks with control technology: “The trend toward electric mobility is looming. Imagine all the people coming home at the end of the day and wanting to charge their electric cars at the same time. Many networks that do not have access to control technology by then will simply break down.” 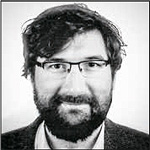 Do you have questions about the possible uses of the VRDT?
Franco Pizzutto is here to help:
f.pizzutto@reinhausen.com