Reinhausen has systematically made a name for itself on the market through its innovations. Since the Scheubeck brothers produced the first prototype on-load tap-changer for Dr. Jansen in 1929, the company has been a driving force in the field of transformer developments. 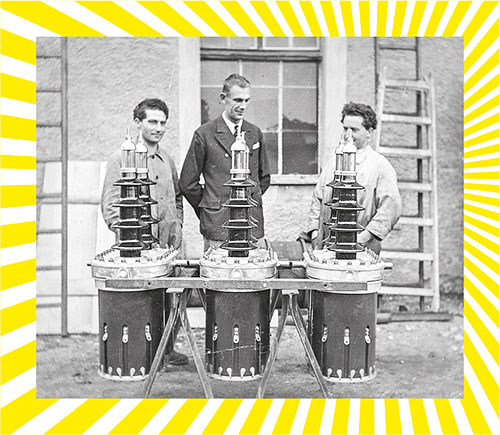 First on-load tap-changer based on the resistor principle

In the 1920s, energy suppliers were calling for a way to regulate voltage more quickly. Transformers still had to be taken off the grid in order to change the transmission ratio. Was there a way to switch under load? Dr. Jansen had the idea, and Maschinenfabrik Reinhausen had the skills to put it into practice. The result was the world’s first prototype for a high-speed resistor-type tap-changer for interruption-free switching under load. 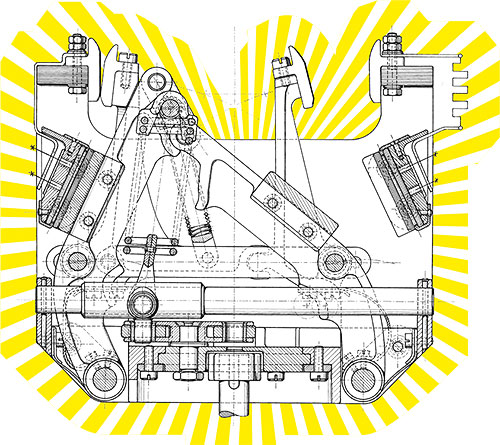 To begin with, the tap changers were constructed from diverter switches based on the toggle-lever principle (see picture) and separate selectors. With the type C, however, Maschinenfabrik Reinhausen combined the components in one housing (tube) with a rotating contact system for the first time. This design was more compact and enabled easier maintenance, and meant that the diverter switch was located inside the transformer, protecting it from the weather. 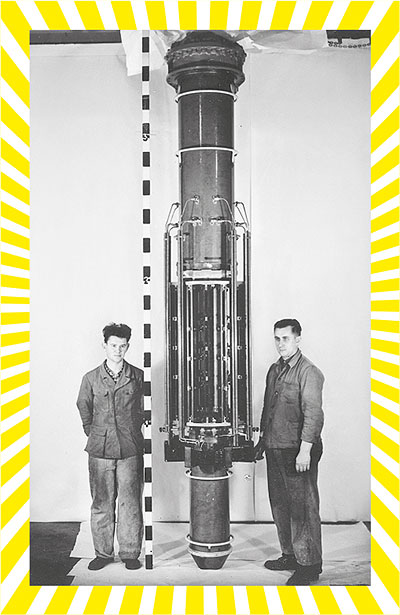 Even before the Second World War, Maschinenfabrik Reinhausen was already producing the type C on a small scale as well as coming up with more and more innovations. At the end of the 1930s, the Scheubeck brothers produced the first prototypes of the type D as an on-load tap-changer with a separate diverter switch and selector. This model went into small-scale production in 1943. It already featured a rotating contact system as well.

Reinhausen responded to the success of the type D and growing international demand with the OILTAP® M. It featured many machine-produced components, enabling a more compact design and higher production volumes. One of the innovations of the OILTAP® M was its oil compartment: From the end of the 1970s onward, this was made from GRP (glass-reinforced plastic) rather than laminated paper. Reinhausen was the first
manufacturer to use this innovative material for its on-load tap-changer. 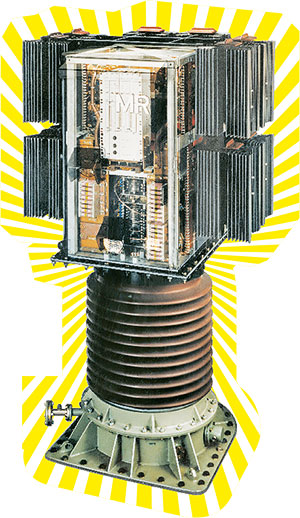 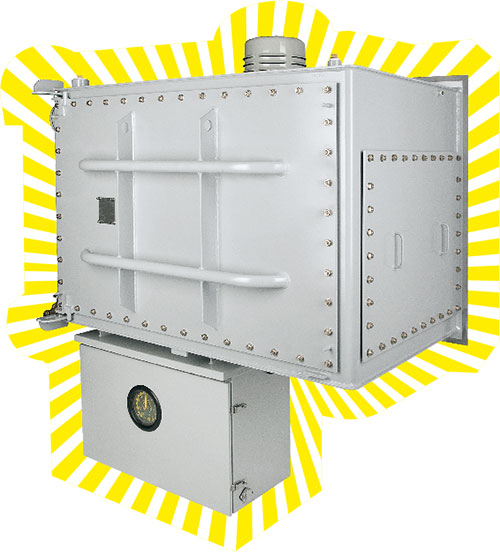 At the end of the 1980s, Reinhausen took over the reactor-type
tap-changer division of Westinghouse Electric Corporation. Reinhausen made a few technical modifications and launched its first reactor-type tap-changer on the US market in 1990. The VACUTAP® RMV was not only the first tap changer for Reinhausen with a reactor as transition impedance, but also marked the company’s first steps into the world of vacuum switching technology.

Over 12,000 units in use worldwide / Maintenance free up to 500,000 switching operations / Special feature: Internal oil heating system for Arctic use

Dry or cast-resin transformers are used in situations where oil is prohibited for fire-safety or nature-conservation reasons. With the VACUTAP® VT®, Reinhausen launched one of the world’s first high-speed resistor-type tap-changers with vacuum-switching technology for dry-type transformers. Thanks to the success of this product, the use of vacuum-switching technology with this type of tap changer gained more acceptance.

Mechanical service life up to 800,000 switching operations / Selector with spring energy accumulator / Easy connection by assigning one tap-changer module to each transformer limb

Over 12,000 units in use worldwide / Maintenance-free
up to 300,000 switching operations / Minimal operating costs 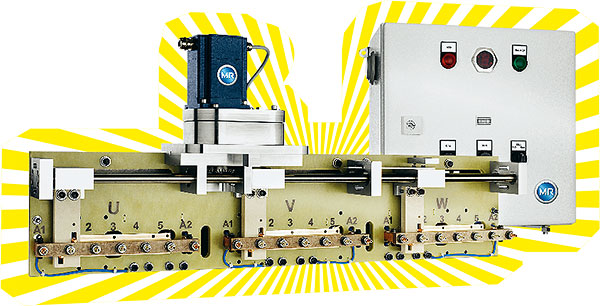 As more and more small-scale producers of renewable energy started to feed into the grid, it became more important to be able to regulate the Distribution networks as well. The GRIDCON® iTAP®, launched by Reinhausen in 2012, was the first series solution for voltage regulation distribution transformers (VRDT). The system comprises an on-load tap-changer, motor-drive unit, and voltage regulator. The GRIDCON® iTAP® also features vacuum-switching technology and is therefore maintenance-free over its entire life cycle.

Maximum number of tap-change operations: 700,000 /
Can be used at any point in the winding 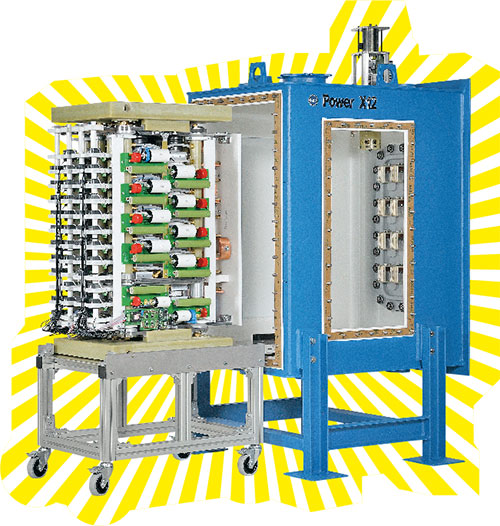 The Power X12 is the first tap changer for electric arc furnace transformers which is based entirely on semiconductor technology. The challenge: The Thyristors are severely affected by the short-circuits resulting from the operating conditions. The system was not put into production for financial reasons. If, in the future, it becomes possible to produce semiconductor tap changers at a reasonable cost, Reinhausen already has the necessary expertise.

With the TAPMOTION® TD ISM®, Reinhausen placed the motor-drive unit directly on the tap-changer cover for the first time. The drive commands are transmitted from a control cabinet via a cable connection. The ISM®(Integrated Smart Module) technology provides the platform for recording and evaluating all of the transformer’s operating data.

The control cabinet and cable connection provide the basis for a multitude of control and monitoring functions, thus paving the way for the digitalization of the transformer 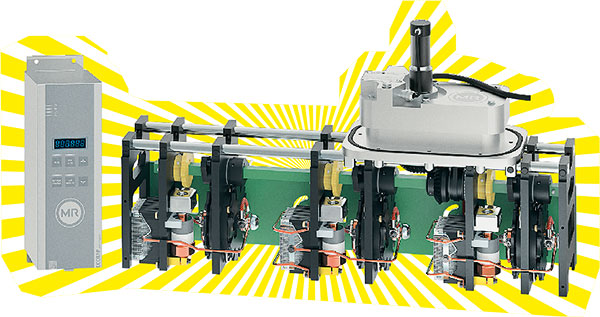 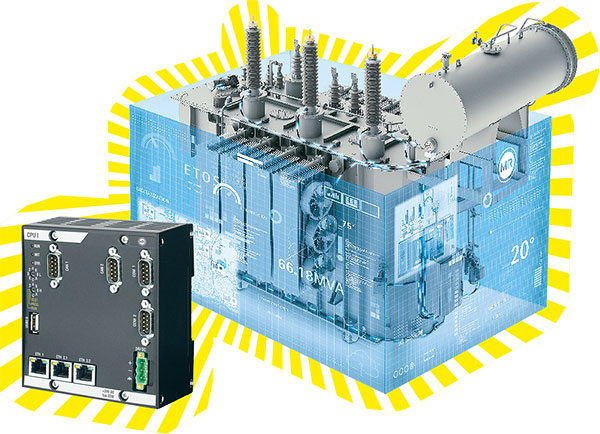 FIRST OPEN OPERATING SYSTEM FOR THE DIGITALIZATION OF TRANSFORMERS

With ETOS®, Reinhausen is setting new standards in the digitalization of power transformers. The modular solution is the first open, cross-manufacturer operating system for power transformers which connects together all the components and systems of the transformer. The overall concept, comprising sensors, field devices for control, regulation, and monitoring, plus superordinate fleet monitoring, enables the transformer to be controlled and monitored intelligently.

Inventing something is one thing.
Getting a piece of technology established in long-term industrial use is a completely different story.

‹ Previous Post: Crunching the Numbers › Next Post: SURVEY: What are the future issues that really matter to you?