We look at two exam­ples of how ECOTAP® VPD® helps Italian grid oper­ator DEVAL to main­taina constant voltage in the Aosta Valley.

DEVAL is ahead of the game, being part of a group in which energy produc­tion comes entirely from renew­able sources. To ensure that voltage levels remain constant following the construc­tion of a new shop­ping mall, the oper­ator is switching to a VRDT.

The Aosta Valley is the smallest region in Italy. DEVAL is the largest grid oper­ator in the local area and part of the CVA (Compagnia Valdostana delle Acque) Group, which is respon­sible for gener­ating energy. The company relies on 32 hydro­elec­tric power stations, eight wind farms, and three solar parks to deliver a total of three billion kilo­watt hours of elec­tricity every single year.

DEVAL distrib­utes this power via a grid span­ning a length of some 4,150 kilo­me­ters. Luigi Traverso, who is respon­sible for main­te­nance and devel­op­ment at DEVAL, explains: “We are currently working on modern­izing the grid and testing new equip­ment that will help us to achieve even better service.” This is the case, for example, at the busi­ness park in Nus, a small town located close to the region’s capital of Aosta where a new shop­ping mall is currently under construc­tion. In the area there are several solar energy systems boasting a rele­vant local capacity.

“It became clear to us that our existing distri­b­u­tion trans­former would have diffi­culty coping with the extra voltage fluc­tu­a­tions. We are working on from the under­standing that energy consump­tion is set to double within the space of a year” says Traverso. And that is why DEVAL decided to invest in a new 400-kVA trans­former that takes care of voltage regu­la­tion too. When it came to the tap changer, DEVAL opted for the ECOTAP® VPD® together with the ECOTAP® VPD® Control controller and the addi­tional CONTROL PRO module. Traverso: “We can now provide custom­ers with a stable grid even when the shops are open.” 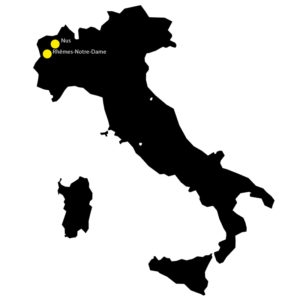 Two loca­tions, one solu­tion: The ECOTAP® VPD® helps keep the grid in the Aosta Valley stable.

The tiny village of Rhêmes-Notre-Dame, located in the Aosta region and home to 250 people, is situ­ated in a picturesque valley. In fact, it’s the very defi­n­i­tion of “off the beaten track.” And it’s exactly this tran­quility and seclu­sion that draws in hundreds of tourists. During peak vaca­tion season, the number of inhab­i­tants shoots up and so does the demand for elec­tricity, which comes from several hydro­elec­tric plants and some private solar energy systems.

There­fore, power gener­a­tion is as up and down as the demand. After all, there is a great deal more hydropower once the snow has melted away than after a long hot summer. Until just recently, grid oper­ator DEVAL had to inter­vene on a regular basis for this reason, disconnect­ing the power and manu­ally changing the trans­mis­sion ratio of the trans­former to compen­sate for fluc­tu­a­tions in the voltage to the extent possible.

Now this is in the past: “We decided to replace the old trans­former with a new 250-kilo­volt-ampere voltage regu­la­tion distri­b­u­tion trans­former to test a new solu­tion to ensure our customers a better service without any need to manu­ally discon­nect the power” says Luigi Traverso. As far as tap changing is concerned, DEVAL decided to imple­ment the same solu­tion as in Nus: the ECOTAP® VPD® Control controller and the addi­tional CONTROL PRO mod­ule. “This allows us to monitor the switching oper­a­tions from our control room. So far, we have observed 40 switching oper­a­tions per day on average. The voltage is constant now,” says Traverso.

You can read more about the
ECOTAP® VPD® here:
www.reinhausen.com/ecotap 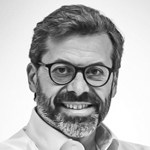 Want to find out more about the tap changer?
Antonio Pasquarelli is here to help:
A.Pasquarelli@reinhausen.com