The Giant of Amprion

German grid operator Amprion wanted the largest and most powerful phase shifter in the world. For this to work at all, there first needed to be a revolution in on-load tap-changers.

Humanity wants to move more and more energy simultaneously, which requires large high-performance transformers of all types: those for HVDC transmission across entire countries, those for many industrial applications, such as electric arc furnaces for steelmaking, or variable shunt reactors for reactive power compensation. For Amprion, this means powerful phase-shifter transformers or, more precisely, the most powerful phase shifter ever.

Amprion is one of four transmission grid operators in Germany. The catalyst for building the giant phase shifter, and the associated groundbreaking developments, was an emergency call. A few years ago, the German Federal Network Agency contacted Amprion with the request to install high-end phase shifters at overloaded nodes as quickly as possible. Because a study had confirmed what many suspected at the time: Expansion of the power grids in Germany is not keeping pace with the increased supply of renewable energy. 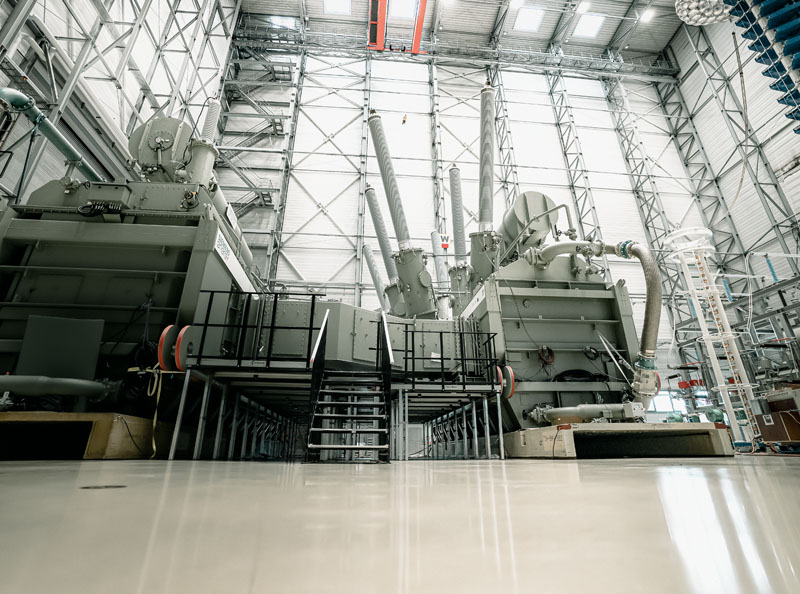 At dimensions of 30 x 26 x 11 meters, this device is as large as five single-family houses, and it has a weight of 935 metric tons—this gigantic phase shifter will pay for

Reinhard Bradt, who is in charge of grid projects at Amprion, goes into more detail. “This can result in individual maximum-voltage transmission lines becoming overloaded when energy is transferred from offshore wind parks in northern Germany, for example, to the consumption centers in southern Germany.” Gigantic phase shifters will help keep the grid durable and powerful, on an ad hoc basis, until grid expansion catches up by 2030. However, two conditions must be met to avoid dotting the landscape with expensive emergency solutions: “Investments should amortize within three years and should be sustainable.”

A phase shifter is like a two-way valve for the grid that determines whether the current flows from left to right or from right to left. Using this device, grid operators can relieve the load on lines without having to intervene in power consumption or production, since that would result in hefty redispatching fees. While a phase shifter cannot increase the overall transmission capacity of the grid, it can move the load within the grid to ensure better utilization until expansion can increase the grid’s overall transmission capacity.

The first and most powerful VACUTAP® tap changer in the world for high-performance applications.

The VACUTAP® Advanced Flux Control System ensures the function of vacuum interrupters in case of extreme currents and magnetic fields in high-end applications. 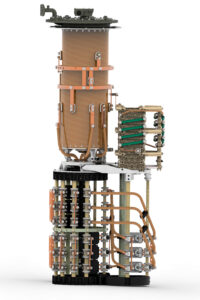 The highlights at a glance:

The record tap-changer is up to4 Meters high* *The figures depend on the design and indicate the respective maximum values.

Amprion commissioned Siemens Energy with the construction of the first mega phase shifter. It will boast the following features: 400 kilovolt rated voltage, 2,000 megavolt-ampere throughput capacity and 2,992 ampere rated current. But what still wasn’t clear was how operators should perform switching operations when such loads are present.

Bradt considered the two conditions—amortization in three years and sustainability—and reasoned that he needed maintenance-free on-load tap-changers, meaning those with vacuum technology. The downside was that there were no such on-load tap-changers in this power rating class. “So we asked MR to develop a VACUTAP for this purpose.” And MR was not fully unprepared to confront this challenge since this type of VACUTAP had already been in preliminary development for years. But once it became much more of a reality, MR started focusing all its energy and working at full force to get the new, mighty VACUTAP ready for operation.

Development no longer an winding road

The rated-current limit for VACUTAP technology was previously at 1,300 amperes without forced current splitting. MR engineers worked to raise this limit to a tremendous 3,200 amperes within a very short time, surpassing even the 3,000 ampere limit currently applicable to high-maintenance oil technology. The people at MR have developed a special gadget—the Advanced Flux Control System—to manage the high levels of current and the magnetic fields in the on-load tap-changers.

The phase shifter will become a profitable investment over the first three years and will continue to operate maintenance-free for another 50 years.

Now, nothing stands in the way of the planned, giant phase-shifter transformer. But how gigantic does it need to be? Here, MR had a nice surprise ready for Siemens and Amprion: The new VACUTAP does not feature any current splitting. The on-load tap-changer can carry all the current within one sector, which has major consequences for the transformer design because the manufacturer does not need to install a complicated winding that takes up a lot of space on the coils, which themselves are the size of a VW bus. This allowed Siemens to think simpler and smaller. Due to this VACUTAP feature alone, the phaseshifter transformer is substantially smaller than the versions with current splitting. Smaller means less material, lighter, and less insulating oil. Simply put: more affordable. 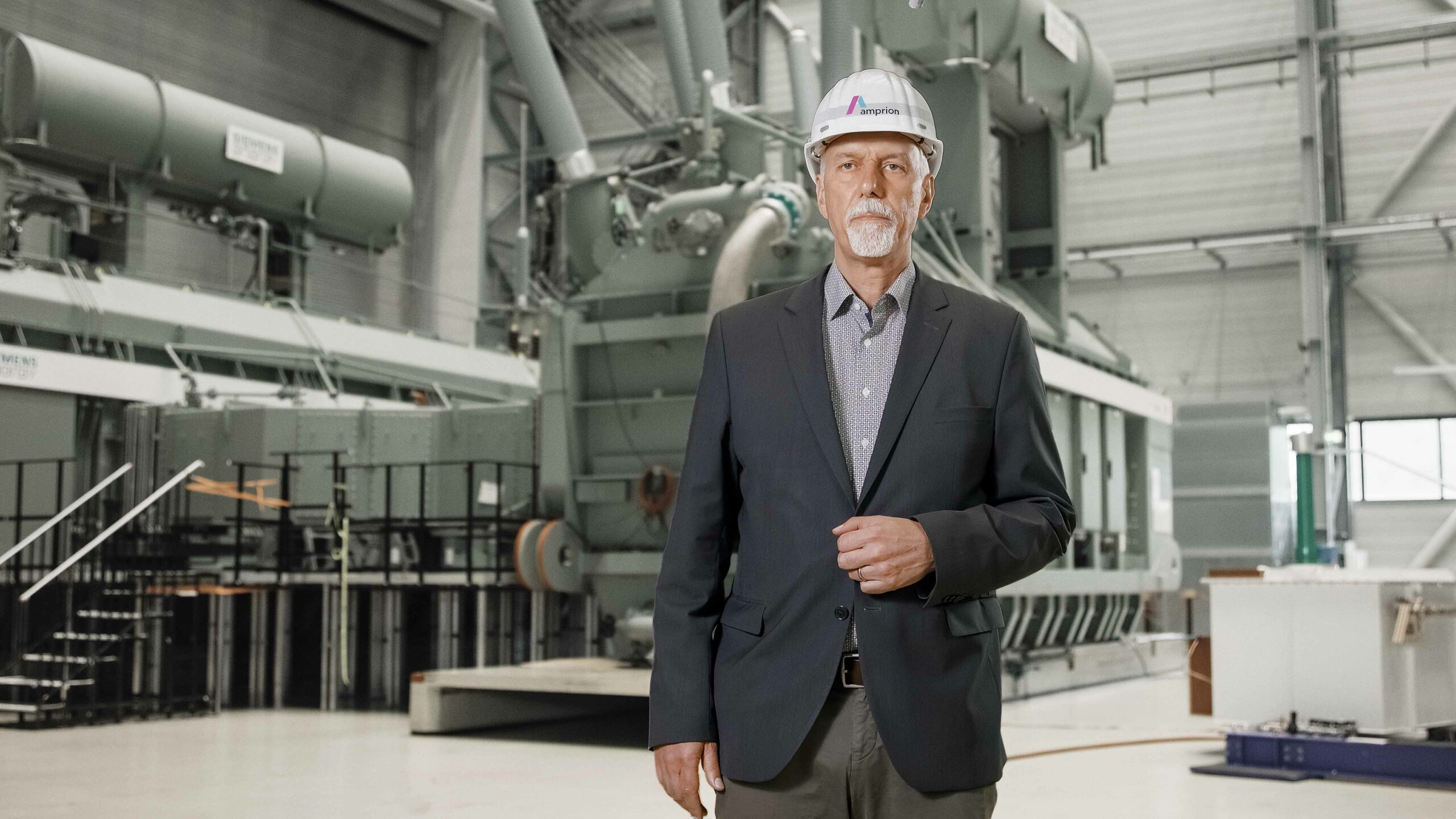 And it is easier to transport. Shipping such a gigantic device on land can only be done using trains, for which there are weight and size limits that need to be observed for the transport goods. However, this is not a problem for this slim giant.

One question remains: How can such a high-tech hunk amortize in no more than three years? The answer is surprising: through saved redispatching costs. In the European grid, especially in Germany, many redispatching measures can be traced back to contractual agreements that stipulate who can consume and supply how much electricity and when they can do so. These agreements are defined down to the minute, and every minute over or under the defined time limits results in enormous contractual penalties. With phase shifters at the right interfaces—usually on the borders between countries or supply areas—Amprion can carry out all of these contractual measures easily and promptly.

“We expect savings of one hundred million euros over the next three years.”

Reinhard Bradt says, “Use simulations at a suitable location showed savings of more than one hundred million euros after deduction of the investment costs arising over the first three years of operation.” Commissioning is scheduled for 2023. The phase shifter will become a profitable investment within the first three years and will then continue to operate maintenance-free for another 40 to 50 years. Bradt adds, “Using this device will make sense for optimizing the power flow near the borders in the Amprion grid even after the ongoing grid expansion is completed.”

The first vacuum tap changer for all high-end applications: 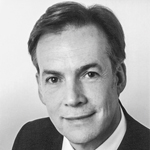 If you have any questions about VACUTAP® VRL®,
please contact Christian Hillinger:
C.Hillinger@reinhausen.com