Turning Up the Heat With Esters

Using esters instead of mineral oil in transformers is by no means a new concept. Given their biodegradable attributes, both synthetic esters (pentaerythritol tetra fatty acid esters) and their natural counterparts (tri­glycerides) are the perfect choice for transformers in areas prone to flood­ing, nature reserves, locations close to the sea, and offshore wind farms – and some applications in these contexts even stipulate that esters have to be used. In 2015, a transformer malfunction caused mineral oil to spill into the Hudson River in New York state, leading to an expensive and laborious clean-up operation. A growing number of operators are keen to prevent any damage that might befall their own facilities lead­ing to unforeseeable costs like this—and are switching to transformers that operate with esters instead.

Another advantage of esters is that they make transformers safer to use thanks to a low level of flammability – putting them in a category referred to as class K—with a combustion point above 300 degrees Celsius. This means that the fire load of this alternative insulating material is much lower than other types, and that any fires which do break out can be extinguished easily. In sharp contrast, transformer fires involving mineral oil are extremely difficult to quench. As such, esters easily comply with safety requirements—even the very strict ones—that are imposed on high-voltage installations in densely populated urban areas and relate to fire prevention, toxic fumes, and explosion damage in the event of a malfunction.

Since there is already a clear trend toward the use of ester transformers, why not make the most of further advantages of these insulat­ing liquids? Esters have a higher combustion point than mineral oil, allowing for operating temperatures of up to 150 degrees Celsius (as compared with 115 degrees Celsius in transformers that use mineral oil). If on-load tap-changers and motor-drive units are also able to withstand operating temperatures of this magnitude, then this means that a transformer will be able to transfer more power but without having to increase in size.

MR has made several developments with this in mind: Its VACUTAP® VR® high-temperature on-load tap-chang­ers, DEETAP® DU high-temperature de-energized tap-changers, and TAPMOTION® ED motor-drive units allow ester transformers to run in a controlled overload state over several weeks or months. This new opportunity is set to benefit transformer operators in megacities and mobile applications in particular.

A Solution for Megacities

In large cities, operators are repeat­edly confronted with the need to maintain more infrastructure in a consistently small space due to the increasing demand for energy. High-temperature transformers are the ideal solution here. They are able to achieve the same performance with a reduced size, or higher performance with the same size. When transformers are being replaced, the existing foundation can normally be used with­out the need to extend it. In many cases, the resulting construction cost savings alone balance out the acquisition costs of ester insulating fluid, which are roughly double compared to mineral oil.

“Not only can transformers that operate with esters deliver more power, they are also safer.”

Operators of mobile transformers can also benefit from a more compact structure that delivers the same level of performance: A transformer of this kind can reach its destination more quickly in the event of an emergency, since obstacles such as low bridges no longer pose an issue, and the lower weight makes transportation easier too.

What also makes these mobile transformers so resilient in emergency situations is their max­imum overload capability of 150 degrees Celsius, which they are able to maintain over an extended period. Additionally, it is worth noting that safe­­ty restrictions in many countries, the USA included, prohibit the transportation of transformers filled with min­eral oil—so in these cases, ester transformers are the go-to solution. With MR equipment added to them, they then become high-temperature transformers.

Service Life Put to the Test

On-load tap-changers can also be filled with esters as an insulating fluid to make them capable of withstand­ing high temperatures. Synthetic or natural esters are both options, but natural esters are generally preferred due to their carbon-neutral credentials, which make them an especially eco-friendly choice.

While esters in transformers are only required to cool and electrically insulate active parts and bushings, in on-load tap-changers they need to meet four additional criteria in order to ensure that the equipment maintains a long operating life. These criteria relate to lubricity, arc elimination behavior, viscosity, and compatibility with other materials. MR has been investigating esters for use in on-load tap-changers and de-energized tap-changers as part of a comprehensive series of tests spanning more than ten years.

Following extensive rounds of test­ing and several hundred installations of ester-based on-load tap-changers in the field, including special applications such as traction transformers and test-field trans­formers, MR can say with certainty that operators will get much better performance out of their ester transformers if they use high-temperature on-load tap-changers—and will benefit from safe operation throughout the equipment’s service life. 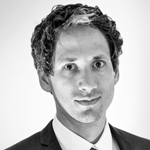 Are you looking for a high-temperature transformer?
Sebastian Rehkopf, Technical Product Manager, is here to help:
S.Rehkopf@reinhausen.com

‹ Previous Post: “By looking at the megacities of today, we can see what lies ahead for the power of tomorrow.” › Next Post: Big Brothers