The Perfec Weather For Cable Testing!

In the future, the only way to test long subma­rine cables in offshore wind farms will be via reso­nance testing. HIGHVOLT has there­fore devel­oped a new testing system capable of with­standing the harsh condi­tions out at sea.

Consider this scenario: Shortly before the winter season, an unknown problem arises at an offshore wind farm. With so little time before the end of the testing season—and in this wea­ther—no one is able to visit the site to carry out a high-voltage test. So the winter storms rage for months and the rotors are in perma­nent motion—but it all goes to waste.

The elec­trical power that is gener­ated cannot be used on land. The bad weather and low temper­a­tures mean that no work can be carried out on site, so the engi­neers have to wait until at least April before they can visit the wind farm and find out what the problem is. In the mean­time, the wind farm oper­ator keeps staring at the calendar: For every day that they are unable to supply power to the grid, they lose more and more money. When will it finally be summer again?

So what is needed are prac­tical, weather-proof offshore testing systems.

Conven­tional testing systems for inspecting cables are not designed for the condi­tions at an offshore plat­form. When exposed to the salt in the air, as well as rain, snow, and rough seas, they cannot operate reli­ably. Solu­tions that have proved useful for on-site testing on land—the use of tents, for example—are not going to be much help here. Further­more, trans­porting mate­rials and people with special ships or heli­copters is diffi­cult and has to be planned well in advance. The window of oppor­tu­nity where the wind farms are actu­ally acces­sible amounts to only a few months of the year. So what is needed are prac­tical, weather-proof offshore testing systems.

In response to these two factors—the weather at sea and the IEC standardization—HIGHVOLT has devel­oped an offshore testing system which fulfills the require­ments for on-site testing on the high seas. The tech­nology is based on the tried-and-tested HIGHVOLT reso­nance testing systems, which have long been in use in hun­dreds of appli­ca­tions all over the world.

The reso­nance testing method repro­duces the load on a cable in normal oper­a­tion at nominal voltage and at approx­i­mately grid frequency. A reso­nant circuit comprising a test inductor (induc­tance) and test cable (capac­i­tance) is estab­lished for this purpose. The vari­able frequency (10–500 Hz) of the test system supply is auto­mat­i­cally set to the reso­nance frequency of the test circuit, which mini­mizes the required feed-in power.

Over half of all prob­lems are due to instal­la­tion errors. These can be reli­ably detected by means of reso­nance testing.

The neces­sary adap­ta­tions have been made with outstanding atten­tion to detail: The engi­neers in Dresden checked the suit­ability of every single compo­nent for offshore use and upgraded or redesigned them as neces­sary. Exam­ples include the use of corro­sion-free mate­rials which are extremely resis­tant to salt water spray, shielded and offshore-certi­fied plug connec­tors, and a gas-insu­lated module for reli­able, fault-free connec­tion of the system compo­nents and voltage measure­ment.

And if some­thing should go wrong shortly before the end of the next testing season, this solu­tion will enable them to test the systems quickly, rectify the problem and harness the power of the winter winds to the fullest possible extent. 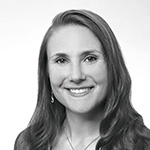 If you are looking to increase the reli­a­bility of your offshore cable infra­struc­ture,
Katja Vogt will be happy to answer your ques­tions.
k.vogt@highvolt.com