Curiosity is the driving force behind Michael Lukas’ work. Converting this into tangible benefits for his employer LEAG requires the courage to try new things, the confidence to trust strong partners, and the know-how to develop ideas together.

Michael Lukas has always loved working in the energy sector. At the Lausitz Energie Kraftwerke AG (LEAG) power plant in Boxberg, he is responsible for high-voltage technology and electrical protection. “High-voltage technology – just the name is excit­ing!” says Lukas with a grin. His enthusiasm for the field began right at the start of his career in 1981, when he started an apprenticeship as an electrician at the Boxberg power plant.

Just under ten years later he completed a degree in electrical and automation engineering, before going on to do another degree in mechatronic systems at the start of the 2000s. Up to that point, he had been working primarily in the field of energy generation and getting to know every last detail of the processes in that area. In 2004, after completing his second degree, he then switched from operations management to technical service. Today, he has overall responsibility for maintaining all of LEAG’s transformers. 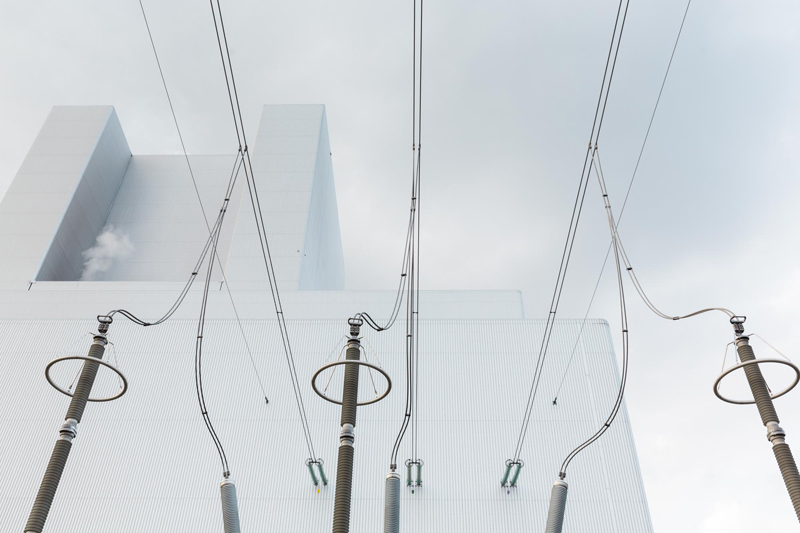 The Boxberg power plant in the district of Görlitz ... (© Sven Döring) 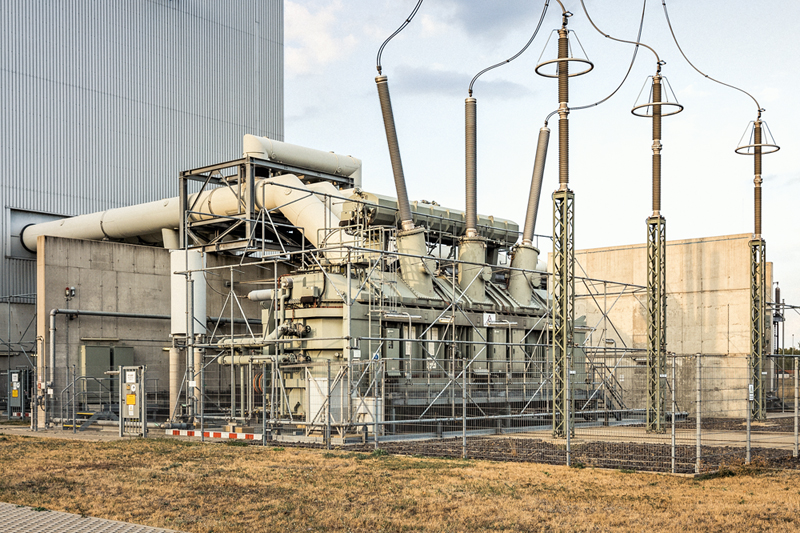 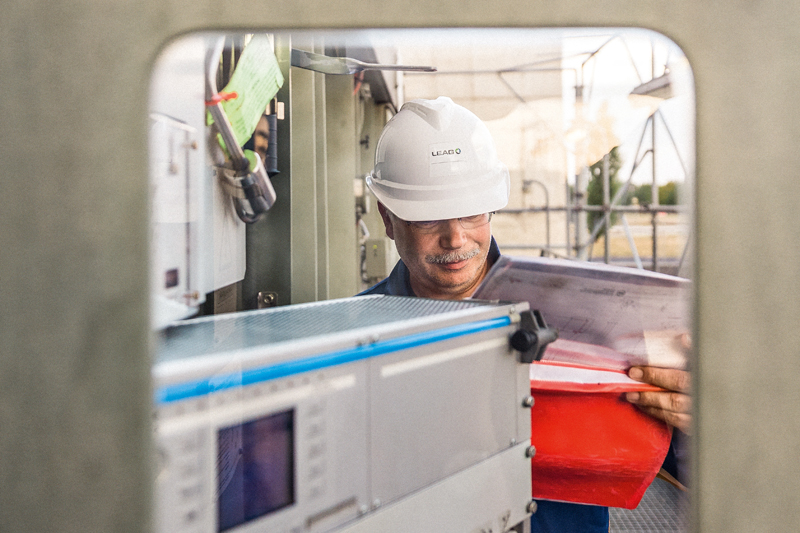 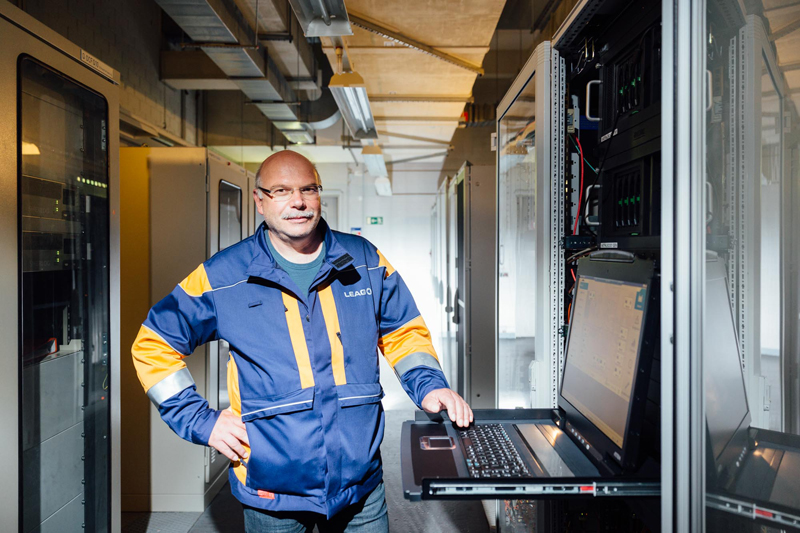 Lukas explains the challenges that come with his role: “My job is to ensure that we plan maintenance strategically and carry out maintenance activities at the best possible time. Instead of planning our maintenance activities based on time as we did ten years ago, we now plan on the basis of the actual wear.” In order to actually implement this in practice, however, Lukas needs reliable, high-quality information about the condition of all transformers.

To this end, he has been working closely with MR since 2006. Back then, the partnership began with a complication relating to a tap changer. “Of course that wasn’t a particularly fun experience. But right from the start, I was impressed at the openness of the MR employees and their ability to respond positively to criticism. This meant that dealing with a complication quickly evolved into a forward-looking partnership.”

As a result of this collaboration, Lukas and his colleagues started off by installing the TAPGUARD® 260 monitoring system on a pilot transformer to monitor the functions of the tap changer. After intensive training and discussions at MR, LEAG put the system through its paces. Throughout the process, Lukas frequently went back to MR with queries and suggestions for the precise configuration of the control cabinet.

Thorsten Krüger, Director of Digital Ventures at MR, recalls the experience: “It was a challenging task, but we were impressed by the level of detail we could go into when discussing the system and its precise functions with Mr. Lukas and LEAG. It is precisely this type of exchange that makes our relationship so fruitful on both sides.”

“Now, thanks to the system’s excellent monitoring capabilities, we can be more flexible.”Michael Lukas, who is responsible for high-voltage technology and electrical protection at LEAG

Once Lukas was completely convinced by the TAPGUARD®’s abilities, he had the system installed on all machine transformers at LEAG’s power plants and added the TAPGUARD® to the specification for new transformers. “The system has already proven its worth in practice,” he says. “There was a case when it was triggered because there were irregular­ities during switching which came from the mech­anics rather than from the tap changer itself. Based on this information we were able to, in the first instance, keep a 500 MW power plant unit running with a 600 MVA transformer and then bring it to a controlled stop in order to rectify the problem.

Monitoring for the Entire Fleet

After a while it became evident that, although there were advantages to be gained from Monitoring the on-load tap-changers with the TAPGUARD, LEAG required a more extensive system to keep an eye on its entire fleet in line with its forward-looking maintenance strategy. Up to that point, Lukas had been working with various systems to keep an eye on the oil in the transformers, the tap changers, cooling systems, and high-voltage bushings – but he lacked a system that would collect and consolidate all of the information and then issue a recommended action.

When MR suggested combining the TRAFOGUARD® with the TESSA® fleet monitoring system, Lukas was keen to find out more. “The decision to take the next step and break new ground is always driven by curiosity,” explains Lukas. “I want to find out what the system can do and whether it will help me and the company. Then I take a close look at the promised benefits to see whether the system delivers on the promise.” 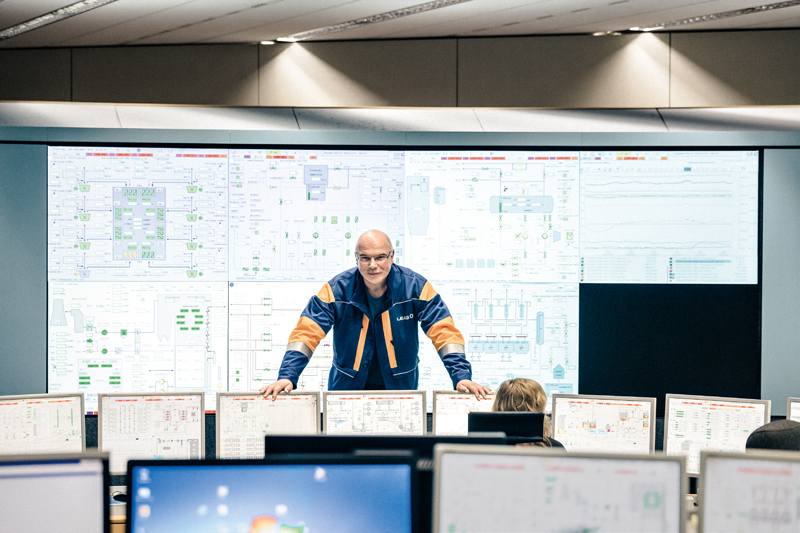 Michael Lukas in the control center at the power plant in Boxberg. (© Sven Döring)

As a large number of systems and sensors from MR and other manufacturers have been installed on LEAG’s transformers over the years, it was crucial for Lukas that the system was able to process the input from various manufacturers’ components. “The close collaboration with LEAG and Mr. Lukas suits my team’s new way of working very well,” says Thorsten Krüger.

His Digital Ventures department is increasingly using agile methods and moving away from the idea of defining a fixed project plan and then implement­ing it rigidly from beginning to end. Instead, the focus is on including the customer in the process at an early stage in order to obtain important feedback. “Even when we know the customer well, there is still a chance we will develop features that they don’t actually consider particularly important. Maintaining a close dialog like the one we have with LEAG is an efficient way to create solutions that provide real customer benefits.”

When it came to the implementation of the TRAFOGUARD® and TESSA® system, Michael Lukas once again provided detailed feedback at all stages of development. For example, he suggested using a different method than the one proposed by MR to calculate an average value. “I have gained experience from day-to-day operation that I can pass on,” says Lukas.

“I am very grateful that I am able to do that, particularly in such a trusting working relationship. It’s just nice to be understood.” Krüger adds: “We’ve known each other for long enough now to know that a suggestion like that is based on a wealth of experience and is definitely worth looking at in more detail. In that particular case, we implemented the suggested method in the system straight away.”

Lukas and his colleagues are now using the TRAFOGUARD® and TESSA® in their fleet. Lukas particularly values the system’s ability to filter and sort a huge quantity of information and alert the user to potential problems with exceptional precision. In this way, the system is helping Lukas to implement the paradigm shift in the maintenance strategy.

“Right from the start,I was impressed at the openness of the MR employees.”Michael Lukas

“Previously, we took each transformer offline at a set time in order to carry out maintenance. Now, thanks to the system’s excellent monitoring capabilities, we can be more flexible. We can now respond more effectively to the needs of the market with regard to flexible power generation – after all, the market doesn’t care about fixed maintenance times.” MR is currently working closely with LEAG on the next stage of development for TESSA®, with the aim of bringing even more flexibility to the company’s maintenance activities.

aving an opportunity to share experiences is some­thing that is very close to Lukas’s heart: “As a young engineer, I often found myself thinking ’I can’t be the only one facing this challenge’.” At this point LEAG was still part of Vattenfall. He therefore established a regular platform for sharing experiences relating to transformers with colleagues from other Vattenfall sites.

When LEAG was founded, this opportunity was no longer available so Lukas decided to set up the “Oberlausitzer Energie-Sym­posium” (Upper Lusatia Energy Symposium) in collaboration with the Zittau/Görlitz University of Applied Sciences. The first event took place in 2017 and the next one is scheduled for 2019. “For me, it is important to be able to pass on my experience and learn from others. You don’t have to reinvent the wheel every time you come up against a Problem – you can benefit from existing approaches.”

Open dialog will also continue to be the cor­nerstone of the partnership between LEAG and MR. Krüger says: “We consider ourselves lucky to have customers like LEAG and Mr. Lukas. His critical, fair, and well-founded ideas and suggestions help us to develop and improve together.” Lukas is also looking forward to their continued collaboration. He sums up his attitude to the future with an alternative slogan for his company: “LEAG – as far as I’m concerned, it could just as easily stand for ’learn, engage, act, and grow’.

With around 8,000 employees, LEAG (which comprises Lausitz Energie Bergbau AG and Lausitz Energie Kraftwerke AG) is the largest energy company in eastern Germany and the fourth-largest German power plant operator. The company extracts around 60 million metric tons of brown coal which it uses in its power plants in Brandenburg and Saxony. LEAG power plants produce almost a tenth of the kilowatt-hours of electricity used in Germany.

‹ Previous Post: “The issue of cybersecurity permeates every facet of society. And attackers are constantly developing new methods.” › Next Post: The Art of Destruction