The Art of Destruction

Destruction is an art form. If we want to design on-load tap-changers that will keep running reliably over the decades, we need to know the limits of their individual components. That’s why engineers at our Regensburg Test Center intentionally destroy critical components. 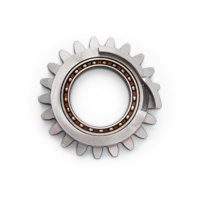 This cam gear was the subject of an accelerated, mechanical quick-action endurance test. It was brought to its mechanical failure limit by having highly dynamic impact loads applied to it. This kind of test makes it possible to identify any deficiencies in a tap changer early on in the development process. 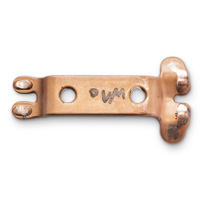 Selector switching contacts must ensure that a secure contact is established throughout their entire service lives. To test its resistance, this contact was mechanically switched over 1,500,000 times at temperatures ranging from -25°C to 105°C. 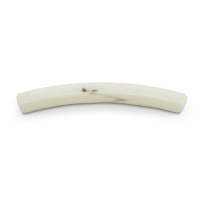 This material sample from the tap-changer oil compartment for a diverter switch was subjected to as much as 150 kilovolts of electricity over several stages. The test continued until the material failed. Doing this makes it possible to ascertain the quality of a material. 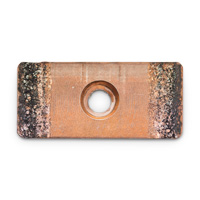 Thismain switching contact, made from sintered tungsten and copper, is designed for a maximum current of 350 amperes. A current of this magnitude was switched to a voltage of 1,500 V some 50,000 times in order to test the wear on the contact.

On-load tap-changers have a hard life. They need to stay relia­ble whether they are exposed to the searing heat of the desert or the freezing temperatures of Siberia – and even if lightning strikes, we demand electricity supplies that will stay up and running. Harsh conditions are all part of everyday network operation, but there are also a number of special applications that expose on-load tap-changers to specific kinds of strain. One example of this is found in the huge number of tap-change operations that take place in steelworks’ furnace transformers.

MR therefore has significant responsibilities on its shoulders as a manufacturer of these components. As Dr. Thomas Strof, Head of Product Approval Testing at MR, explains: “We have to ensure that our on-load tap-changers can deliver reliable oper­ation in every specific application.” For this purpose, since 2008 he and his team have had access to a test center that is the only one of its kind in the world. It is the heart of the company’s research and development departments, and serves essentially as a torture chamber that allows the experts to drive on-load tap-changers to their very limits. “Applications that involve normal network operation require different kinds of tests than the ones we would use for a phase shifter, of course”, says Strof. A prototype is not allowed to go into production until it has survived the ordeals that have been specifically designed for it, based on the work that it will do later.

The aim is not simply to meet the criteria of standards such as IEC, IEEE, or JEC, but to exceed them. “International standards for on-load tap-changers require 500,000 tap-change operations. We prove the abilities of our vacuum on-load tap-changers by subjecting them to 1.2 million switching operations.” In some cases, however, the requirements of standards do not go far enough or consider special applications. “We have decades of experience in the field, and we know which additional parameters we need to test in order to ensure reliable operation – even in special cases.”

Then there are the technological advances that are not yet covered by any standard because they are simply too new. “We play an active role in making progress in this area. Our experience and simulation models allow us to predict risks and then test components on this basis”, explains Strof. All this requires a lot of work. Year-round, some 4,800 square meters of fully automated test benches torment the tap changers by exposing them to extreme electrical, mechanical, or climate-based conditions. Nowhere else in the world can the entire spectrum of stresses be simulated so comprehensively.

In the high-voltage laboratory – a hall measuring 20 x 13.5 x 12 meters – a voltage pulse generator creates up to 1.8 million volts with a rise time of no more than a millionth of a second. This makes it possible to test the on-load tap-changers’ ability to withstand lightning. As the hall is completely enveloped in metal, preventing radio signals or any similar pulses from penetrating it, partial discharge tests are also performed here.

Engineers drive load currents of 6,000 amperes and step voltages of up to 5,000 volts into tap changers in order to test their electrical performance. This allows them to assess whether certain features make the grade, such as contact wear, switching speed, and arc duration.

The two temperature test chambers test the effects of cold and heat on our products. In these, we generate temperatures ranging from minus 70 degrees Celsius up to plus 130 degrees Celsius. The on-load tap-changers themselves also gen­erate heat, however – so temperature rise tests are performed too. Load currents inevitably lead to temperature increases in tap changers, but these increases are not allowed to exceed certain limit values. Thermal elements are therefore used to check this effect, acting like clinical thermometers but at several dozen points under oil.

Staying immune to short circuits requires tap changers to withstand significant physical exertion. To test this, a special system generates current amplitudes of up to 100,000 amperes in the laboratory.

Tap changers consist of numerous mechanical parts, including gears, shafts, and springs. To ensure that they will keep performing their duties even after several years, they undergo tough function and load tests, some of which are repeated in order to gain statistical assurance where necessary.

Today’s transformer insulation material is dried using vapor-phase technology. While highly effective, this modern process exerts physical strain on components. To rule out any negative effects that might result from this, we can reproduce the drying process in our laboratory.

The test center is equipped with state-of-the-art control technology throughout, which provides a rapid, accurate, and highly automated way of controlling all processes. Any faults that occur are displayed immediately. A climate-controlled calibration laboratory ensures that the test equipment maintains the necessary level of accuracy. “The German accreditation body has certified the test center to the DIN EN ISO/IEC 17025 standard. That’s official confirmation of our exceptionally high testing standards”, emphasizes Strof. 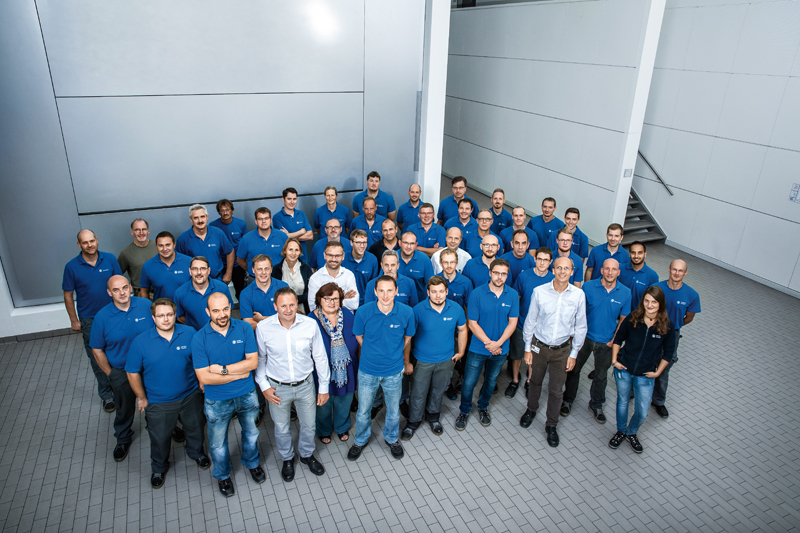 Testing the on-load tap-changers is all in a day’s work for the team at the Test Center in Regensburg.(© Bernhard Huber)