Use on the high seas

Stormy seas, salty air, snow or rain—how are cables of offshore wind turbines supposed to be tested? HIGHVOLT has found a solu­tion. It has now been used for the first time.

More offshore wind parks continue to be built at larger and larger sizes around the world. At the same time, the gener­a­tive perfor­mance of wind turbines is steadily increasing, and with it the oper­ating voltage of the connec­tion cables from the wind turbines to the collec­tion and connecting plat­forms, some­times at a distance of over 30 kilo­me­ters. A capacity of 66 kilo­volts has become common, and higher volt­ages up to 145 kV are being discussed. In 2019, the experts at the Inter­na­tional Elec­trotech­nical Commis­sion (IEC) there­fore decided to permit — along­side the soak test (a 24-hour test at nominal voltage) — only reso­nance testing for oper­ating volt­ages greater than 36 kilo­volts in the new IEC 63026 stan­dard for subma­rine cables up to 72.5 kV. 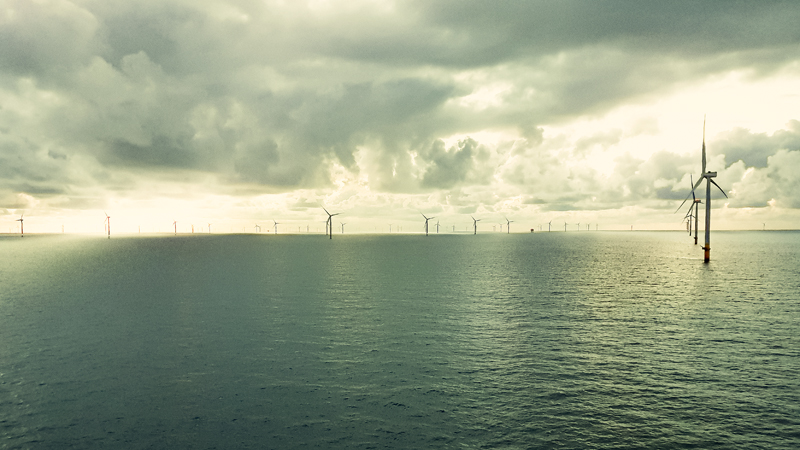 How do I get a testing system on the high seas? Many offshore wind park oper­a­tors face this ques­tion when they have to test their cables.(© HIGHVOLT)

For cables with a nominal voltage greater than 110 kV, this has been stan­dard for decades. But how do I get such a testing system to the switchgear and converter plat­form? In the middle of the ocean? And while dealing with wind and weather? The industry needed a solu­tion urgently for testing cables after instal­la­tion and finding the source of error in case of a later defect. Other­wise, elec­tricity will not reach the shore.

The testing experts at HIGHVOLT are working to make their proven reso­nance testing system fit for use at sea. First, there were exten­sive discus­sions with installers and oper­a­tors of wind parks, cable manu­fac­turers, service providers and certi­fi­ca­tion compa­nies in order to clarify the spec­i­fi­ca­tions and proce­dures for trans­port, setup and oper­a­tion. As a result, it was clear that the testing system needs to be much more rugged than its coun­ter­part on land because of the rougher condi­tions at sea. The require­ments for the mate­rials and oper­a­tion are also completely different due to the weather condi­tions. 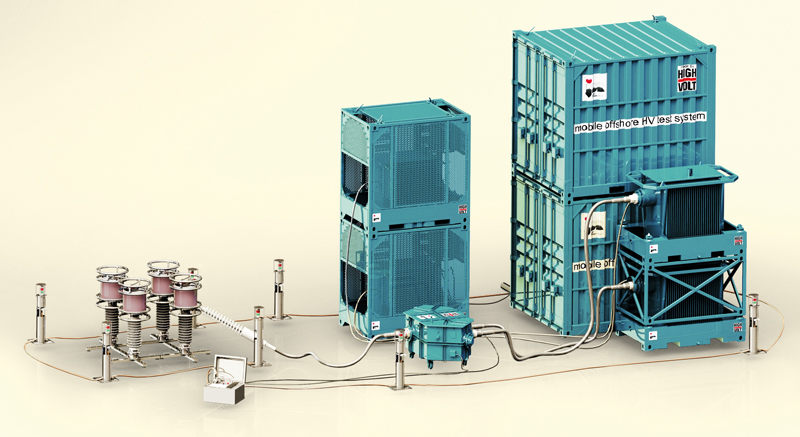 Another restric­tion is the load capacity of cranes at sea — 3.7 tons is the magic number up to which there are no restric­tions. Finally, there is also the DNV certi­fi­ca­tion, an impor­tant prereq­ui­site to allow the system to be trans­ported at sea, ferried to the plat­form and oper­ated there.

The engi­neers at HIGHVOLT reworked the testing system and divided it into several modules in order to meet the weight spec­i­fi­ca­tions. Reac­tors and exciter trans­formers have been inte­grated into the trans­port frame, which simul­ta­ne­ously protects them, and open high-voltage connec­tions are designed as shielded cables. To ensure that all mate­rials, paints and weld seams satisfy the special require­ments of maritime use, HIGHVOLT worked together with expe­ri­enced ship­building engi­neers and a special­ized ship­yard. Only twelve months after the initial sketch, the testing system at the HIGHVOLT plant in Dresden was ready for its first use in the field.

The HIGHVOLT test system saw its first appli­ca­tion by an offshore wind park oper­ator in the North Sea in November 2021. The wind park is almost finished, and the oper­ator has to check whether the cables were installed without errors. Expe­ri­ence tells us that more than half of all cases of faults can be traced back to faulty cable instal­la­tions. 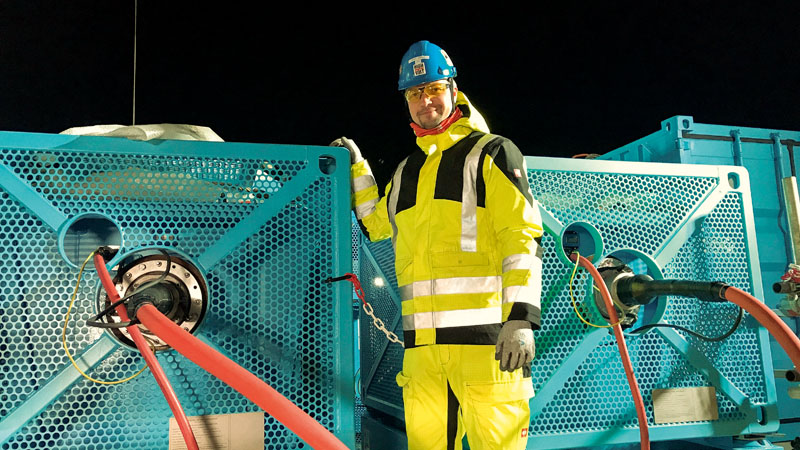 HIGHVOLT experts have completed special training to be able to support customers on-site during the test. This takes place at night, as work is performed on the plat­form during the day.(© HIGHVOLT)

The weather on site showed off its full range, from sunshine to violent gusts of rain and ice — this appli­ca­tion had every­thing this time of year typi­cally has to offer. A HIGHVOLT service engi­neer was also on site in order to commis­sion the system and support the operator’s personnel during the elec­trical tests. To even be allowed on the plat­form, HIGHVOLT qual­i­fied three service engi­neers for offshore work assign­ments.

To be qual­i­fied, they needed to jump into the ocean from a height of twelve meters with a rescue device, free them­selves from a sinking heli­copter and prac­tice working at high alti­tudes. Because work on a plat­form is anything but safe. Since construc­tion work is still taking place during the day, the cable tests were carried out on the night shift. After­wards, the work of the HIGHVOLT service engi­neer was done for the time being and the oper­ator was able to bring the testing system to the next place where it is urgently needed. 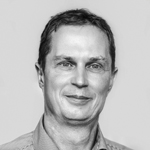 Do you have any ques­tions about the testing system?
Dr. Mario Jochim would be glad to answer your ques­tions:
m.jochim@highvolt.com