From tap changer main­te­nance, through trans­former instal­la­tion, to the construc­tion of entire primary substa­tions, Rein­hausen Manu­fac­turing offers customized service solu­tions for trans­former manu­fac­turers, energy providers and indus­trial compa­nies in the US from its five loca­tions and with 65 service tech­ni­cians across the entire country. 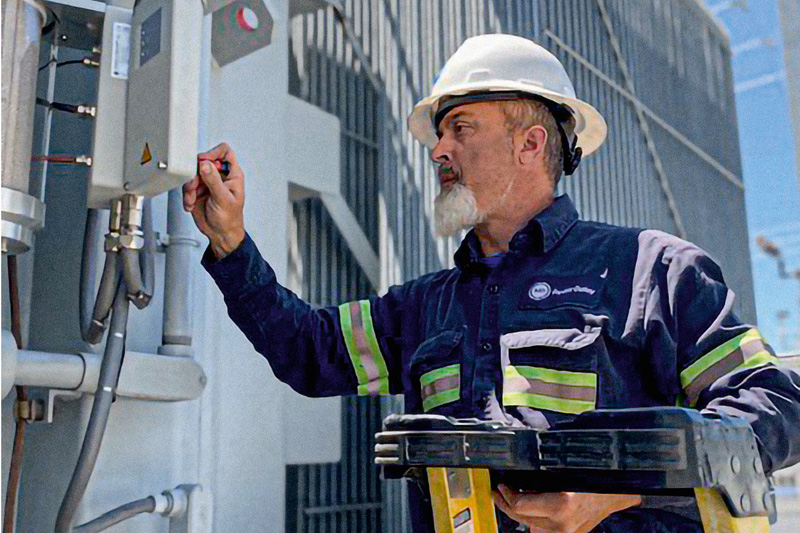 The hub for tradi­tional tap changer service is the Rein­hausen OLTC produc­tion loca­tion in Humboldt, Tennessee. From there, experts travel by any means neces­sary to work sites across the entire US, including remote regions like Hawaii and Alaska. All of the tools needed in the field are housed in a travel box making the twelve-person team fast and flex­ible. 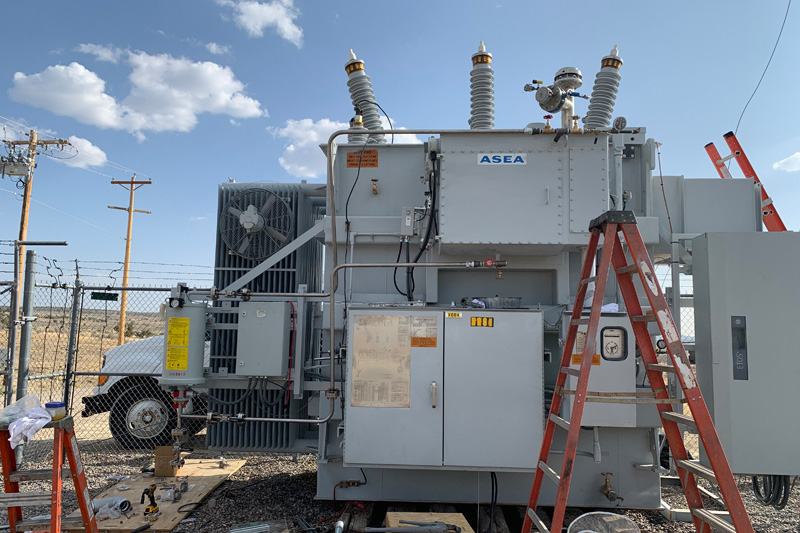 The services span the entire life­cycle of the trans­former. Even the trans­porta­tion of trans­formers, including disas­sembly, removal and reassembly, can be done by our experts. The services also include main­te­nance, which may include but is not limited to replace­ment of bush­ings, gaskets, cooling fans, and oil treat­ment. 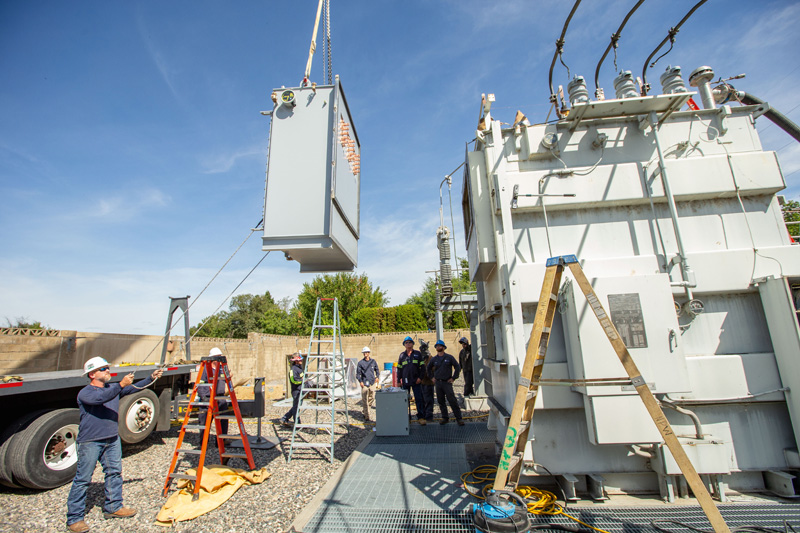 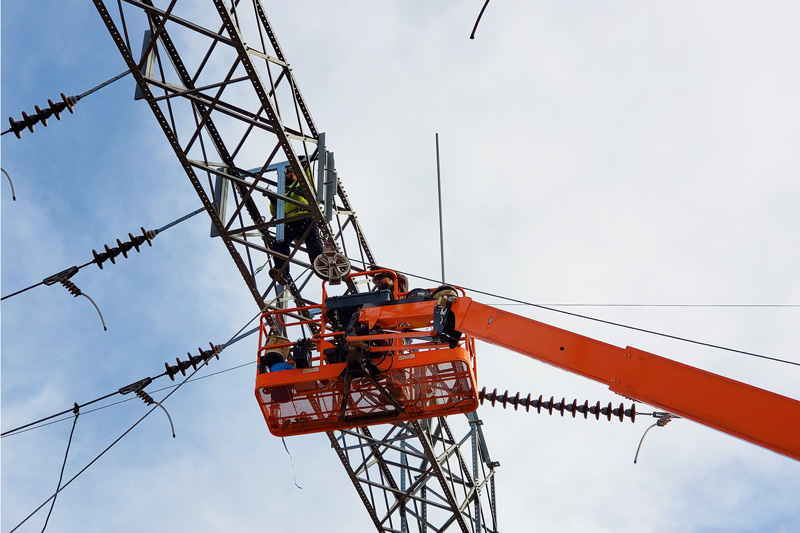 In the states of Arizona and Nevada, Rein­hausen Manu­fac­turing is plan­ning and building turnkey primary substa­tions in all voltage ranges, from 69 to 500 kilo­volts. The service port­folio spans from engi­neering to final testing, and support during commis­sioning activ­i­ties.

How the service team is set up in the US.

10 Oil rigs treat trans­former oil across the entire country, from small trucks for tight spaces to semi trucks with all the equip­ment on board.

5 Number of service bases in the US. All 50 states are served from these loca­tions. 65 Total number of service tech­ni­cians employed by Rein­hausen Manu­fac­turing. They are distrib­uted across the country, which allows them to be on site quickly.

24 Number of service trucks in the fleet. They have measuring tech­nology and tools on board 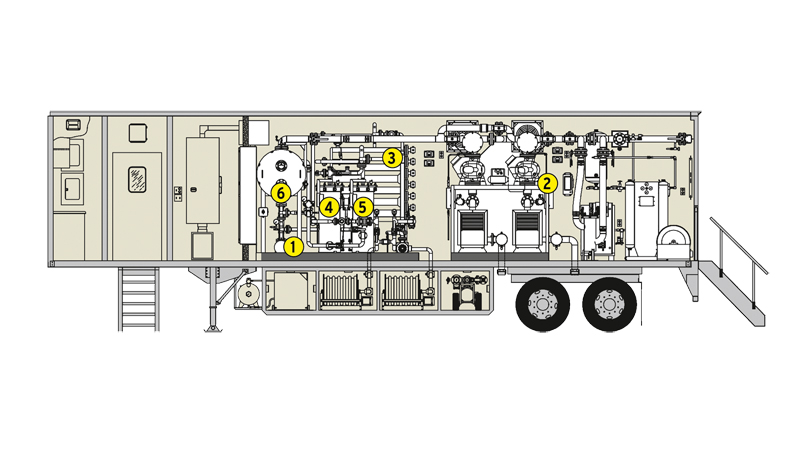 One of the most impor­tant pieces of equip­ment for service work is the oil rig. For elab­o­rate trans­former work, all the oil — ranging from a few hundred to thou­sands of gallons — has to be drained and temporarily stored. During the work, however, mois­ture ingress may occur, which is detri­mental to the trans­former.

The oil rig plays a key role here: Using the pumps installed in the oil rig (1) , the oil is first pumped out into a sterile contain­ment and, after the work is completed, it is pumped back into the trans­former. Before refilling, the vacuum and booster pumps (2) apply a fine vacuum to the entire tank (<1 mbar), which removes a majority of the mois­ture and also prevents the forma­tion of air bubbles during filling.

Once the oil is completely filled back in the trans­former, the oil rig remains in oper­a­tion and circu­lates the oil. In this process, with the oil constantly heated to approx. 50° C (oil heating 3 ), is where mois­ture extrac­tion (inlet/outlet filtra­tion 4 & 5) and degasi­fi­ca­tion (degassing chamber 6 ) occur. The water taken out of the system is collected and contin­u­ously measured through digital mois­ture moni­toring. Depending on how much mois­ture is in the system, this process can take from one day to several weeks. 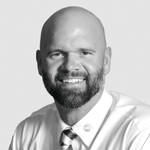 Do you have ques­tions about the service range in the US?
Ric Bates is there for you:
R.Bates@us.reinhausen.com 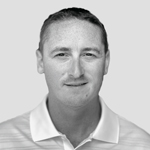 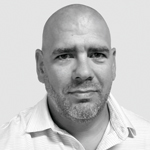 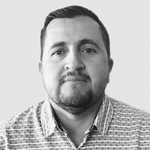 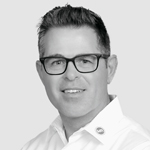 Trans­former Services West, Mesa (AZ)
Steve Spragg is there for you:
S.Spragg@us.reinhausen.com