For 20 years, the VACUTAP® VV® has been helping customers across the globe to operate their transformers with virtually no maintenance. The story of a bestseller.

From the drawing board to the grid 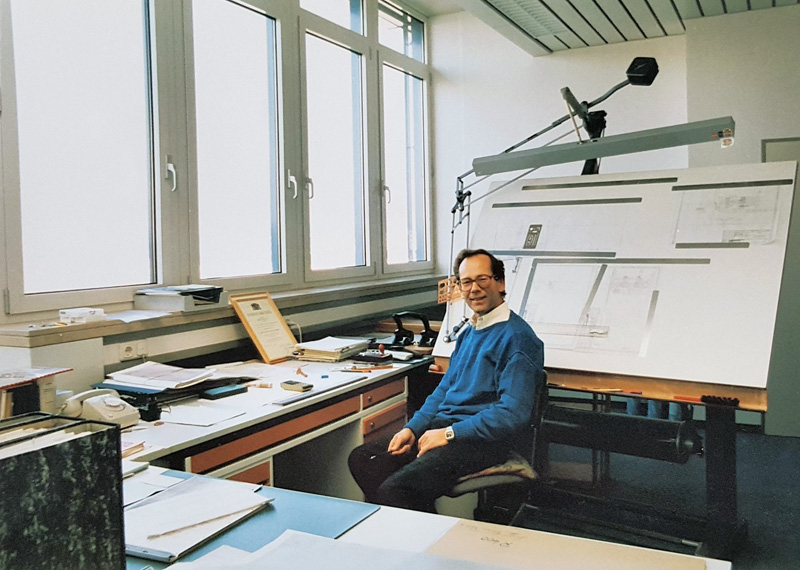 Those were the days! When Wolfgang Albrecht joined MR’s development department as an engineer back in 1987, on-load tap-changers were still being designed on a drawing board, as you can see in this image of his colleague Leo Pillmeier. This was also true for the initial drafts of the VACUTAP® VV®, which was designed by a development team led by Albrecht.

“When it was launched on the market in 2000, it was the world’s first high-speed resistor-type tap-changer involving vacuum technology and insulating oil.” Of course, drawing boards have long since been replaced with 3D CAD systems at MR, but apart from a few small technical changes, the VACUTAP® VV® still operates based on the same concept.

In conventional tap changers, an electric arc contaminates the insulating oil when switching takes place, meaning that the oil regularly needs changing. In applications with hundreds of thousands of switching operations, that’s quite often! As environmental and cost concerns became more prominent among energy suppliers, the call for an alternative low-maintenance solution grew louder.

MR moved into vacuum-switching technology at the end of the 1980s when it purchased the reactor-type tap-changer division of Westinghouse Electric Corporation. However, the technology remained a sideline for a long time and only really caught on with the VACUTAP® VV®. 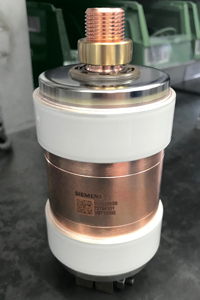 The electric arc cannot cause damage in vacuum interrupters, so there’s no need to change the oil. What’s more, this switching technology enables alternative, environmentally friendly insulating fluids to be used. Developing the VACUTAP® VV® was tricky, recalls Albrecht: “The biggest challenge was to adapt the spring energy accumulators for switching. The vacuum forces of the six vacuum interrupters mean that much higher drive torques are required when switching”.“

The first VACUTAP® VV® to leave the production plant in Regensburg set off on a long journey. Its destination was Kuwait City in the emirate of the same name on the Arabian Peninsula. The tap changer has reliably been carrying out its work inside a Hungarian transformer at a primary substation in the Yarmouk district of the city since May 2000. And it’s still going strong. To this day, it hasn’t experienced a single failure. And a good job too! Summer temperatures in this desert city climb to 50 degrees Celsius, making air-conditioning an absolute necessity for its residents.

worldwide are using the vacuum on-load tap-changer. It is operating in transformers from 399 different manufacturers.

units have been sold since the market launch. Initially, orders grew slowly but more and more grid operators and manufacturers soon recognized the benefits.

The tap changer is approved for this oil operating temperature range. At sub-zero temperatures, the oil is very viscous, while at high temperatures, it is runny. Despite this, the switching process always has to work reliably in the same way.

The VACUTAP® VV® can be designed for this voltage range. Depending on the operating voltage, the tap changer is between 1.80 and 2.40 meters in height.

Want to know more about vacuum technology at MR?
Then visit: