On board the ships of the German federal police force, prob­lems with harmonics regu­larly inter­fered with the elec­tronic equip­ment. But since active filters from the GRIDCON® ACF series were installed on board, their power supply has been free from inter­fer­ence.

The Bayreuth glides almost silently into the harbor at Neustadt in Holstein on a bright and sunny morning. The silence is only broken by the Baltic Sea gently lapping against the side of the police ship that measures almost 66 meters in length and ten meters in width. Almost the full crew is standing at the ship’s rail in their blue uniforms. The offi­cers look to their colleagues waiting patiently on the quay for their shift on board.

They have been at sea for six days, patrolling the 140-nautical-mile coastal stretch between the Flens­burg Firth and Bukspitze cape in the Bay of Meck­len­burg. Following a 360-degree turn, the Bayreuth slowly approaches the quay wall. The lines are sent flying through the air and the ship is securely moored up by 10 a.m. Right on time. Now it’s time for the crews to change over and provi­sions to be restocked for the next few days at sea.

Commanding Officer Frank Rogatty can usually be found standing up on his bridge. He has been travel­ing to sea for the German federal police force since 2002. He says: “We are one of three coast­guard ships that cover the North and Baltic Seas.” It is their job to perform checks on ships crossing over inter­na­tional sea borders, emer­gency rescue oper­a­tions at sea, harbor inspec­tions, and stan­dard traffic checks, just like the ones performed by offi­cers on land. After all, there are speed limits and priority rules at sea too. 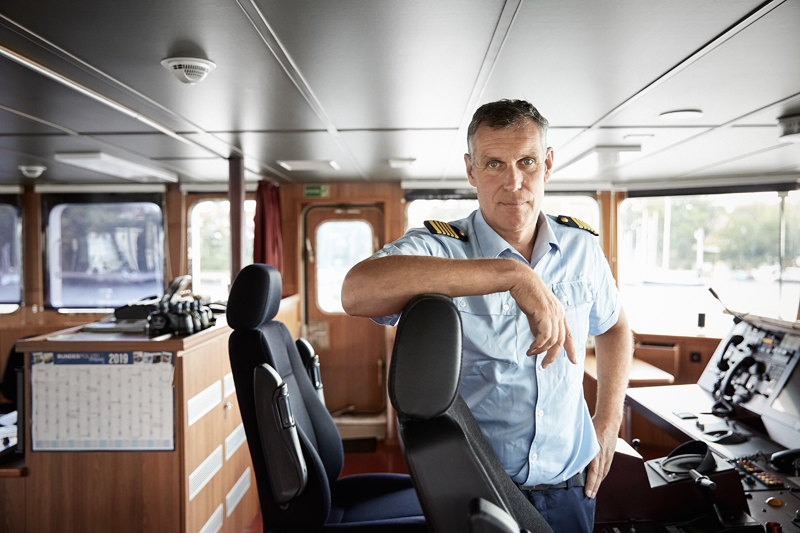 Commanding Officer Frank Rogatty needs to be able to rely fully on the tech­nology when out at sea. (© Jens Umbach)

Summer is the busiest time of year, as commer­cial ships have to share the water with motor­boats, yachts, and stand-up paddle boards. The crew is made up of 14 police offi­cers, who work in three shifts to ensure that the coast­guard patrol is always in action. Some­times the crew is even bigger.

“We have to be outside no matter what the wea­ther is like and we need to be able to rely fully on the tech­nology we have on board—especially when we need to maneuver quickly when visi­bility is poor and the sea is rough,” says Rogatty, pointing at the on-board equip­ment. “This is a complex system. All the elec­trical compo­nents have to work perfectly in sync.”

This is exactly the problem that they were encoun­tering two years ago. The crew’s cell phone chargers kept break­ing, the dish­washer and individ­ual computers were regu­larly out of action, and key func­tions performed by the elec­tronic equip­ment in the bridge were being disrupted.

It took quite some time until the cause of these issues was iden­ti­fied. The culprit was actu­ally a few floors beneath the crew in the ship’s belly. It was the frequency converter of the ship’s elec­tric engine. Head Machine Oper­ator Volker Uhlen­brock shouts above the noise coming from the engine room: “We kept noticing inter­fer­ence once we had hit a certain speed. This led us to the idea that harmonics could be inter­fering with the other elec­trical compo­nents. We always have around 50 elec­trical instal­la­tions on board.”

The other German police force ships were expe­ri­encing the same phenom­enon. While each of the ships still has a diesel engine, this is only really intended for use in emer­gen­cies or when really high speeds are needed. For stan­dard oper­a­tion, the elec­tric engine is used since it consumes less fuel, produces fewer emis­sions, is quiet, and doesn’t disrupt the crew’s sleep. And the main­te­nance costs are lower when the diesel engine is used less often. “Two diesel gener­a­tors supply the power required for the drive and on-board elec­trical equip­ment, with a contin­uous output of 450 kilo­watts each,” says Uhlen­brock.

“We can now focus all of our atten­tion on our police work without having to worry about the on-board elec­trical equip­ment.”Frank Rogatty, Commanding Officer of the Bayreuth

As the issues with the power supply on board showed no signs of stop­ping, the German police force decided to look for a solu­tion. And Rein­hausen had just what they were look­ing for. Thomas Zöllner, who works at Power Quality, is an expert in ship tech­nology so he was able to help: “The problem with isolated grids is that they have a much lower short-circuit capacity compared to grids on shore.

This means that the tech­nology is more likely to suffer from interfer­ence on the whole.” The German police force is by no means alone in expe­ri­encing these prob­lems. Ship­yards are relying more and more on elec­tric engines, while the use of elec­tronic equip­ment installed on board is also on the rise. This is also true for super yachts and special-purpose ships such as cable layers and suction dredgers.

Zöllner explains: “Unpleasant network pertur­ba­tions caused by harmonics is a familiar phenom­enon within the auto­mo­tive sector where disrup­tion to the factory power supply can cripple the entire produc­tion process.” To avoid this, grid oper­a­tors have been using active filters for some time now. “That’s how we can elim­i­nate prob­lem­atic harmonics. The active filters in our GRIDCON® series auto­mat­i­cally detect limit-value devi­a­tions and emit opposing waves to balance out any such fluc­tu­a­tions. This same prin­ciple can also be applied to ships,” says Zöllner. 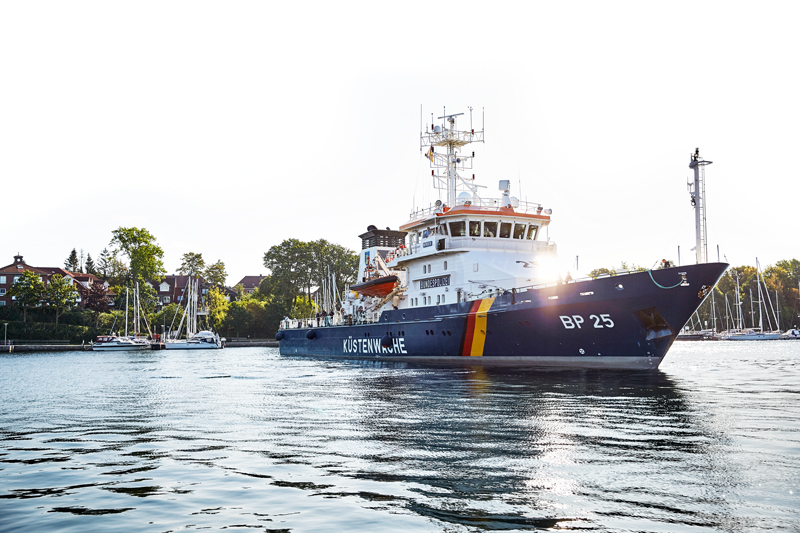 The elec­tric engine was causing prob­lems on board once the ship had hit a certain speed. (© Jens Umbach) 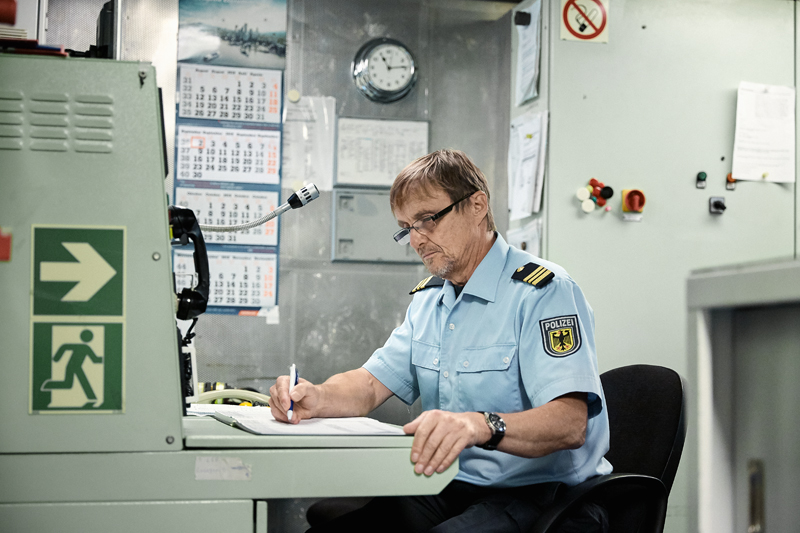 Head Machine Oper­ator Volker Uhlen­brock soon deter­mined that the frequency converter was causing all the trouble. But that’s all in the past now. (© Jens Umbach) 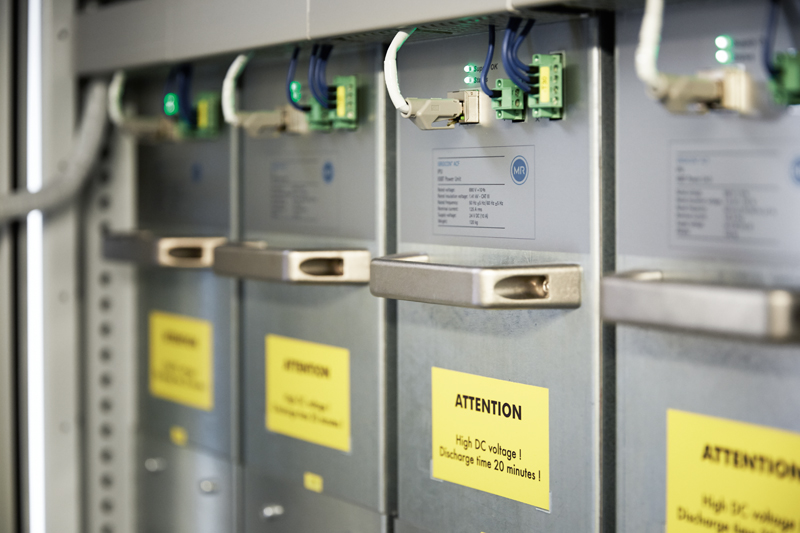 In order to prove that harmonics were in fact to blame for the prob­lems and to tailor the active filters to the require­ments on board the ship, the Power Quality expert took a lot of read­ings and measure­ments over several days. “We basi­cally performed an ECG on the on-board elec­trical system,” explains Zöllner. The results were aston­ishing! While the stan­dard allows a propor­tion of harmonics up to eight percent (with five percent as the recom­mended value), up to 14 percent was measured on the ship

Zöllner deter­mined that the indus­trial GRIDCON® ACF would be the ideal filter solu­tion here. But it wasn’t possible for the active filter to be installed in the same way as it is on dry land: “The swaying and vibra­tions on the ship could damage the tech­nology. And so we had to install vibra­tion absorbers under­neath the control cabinet,” says Zöllner. Once the neces­sary tests had been passed, all three of the German police force’s ships were fitted with the Rein­hausen filter solu­tion.

The GRIDCON® ACF has been in use on the Bayreuth for two years now. Head Machine Oper­ator Uhlen­brock is delighted with the results: “All the prob­lems we were having have disap­peared. And I don’t have to do a thing because the filter is fully auto­matic. The system simply goes into standby when­ever we turn the engine off.”

Commanding Officer Rogatty is just as happy: “We can now focus all of our atten­tion on our police work with­out having to worry about the on-board elec­trical equip­ment.” Both of these expe­ri­enced seafarers have now ended their shifts and handed every­thing over to the next crew. The Bayreuth is ready to set off again by 2 p.m. It departs slowly and heads back out onto the Baltic Sea as quietly as it arrived.

The GRIDCON® ACF active filter solu­tion is ideal for a wide range of appli­ca­tions. In addi­tion to the auto­mo­tive sector and on board ships, active filters can be found on wind farms, in mines, in sewage treat­ment plants, within the food industry, and in office and commer­cial build­ings. Active filters auto­mat­i­cally compen­sate for harmonics and they can be relied upon to do so with great accuracy.The modular design means that the solu­tion can be adapted to suit each customer’s specific require­ments. 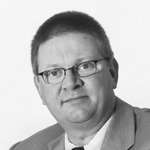 Want to find out more about using active filters on ships?
Thomas Zöllner is here to help:
T.Zoellner@reinhausen.com