Conventional dehydrating breathers require regular maintenance. In order to eliminate this extra work, energy supplier VSE Verteilnetz GmbH uses the maintenance-free solution from MESSKO in all of its transformers — saving both time and money.

Atransformer breathes out and in again a couple of times a year, depending on utilization. This is because an increase in load causes the insulat­ing medium in the transformer to heat up and expand, pushing the air in the expansion tank out into the atmosphere. When the oil cools down again, it contracts and draws in the outside air.

Dehydrating breathers are used to make sure that no moisture gets into the insulating medium when the transformer breathes in. Each transformer mostly has a minimum of two breathers: one for the oil circuit in the tap changer, the bigger ones for the transformer tank. The substance that eliminates the moisture is called silica gel. Thanks to its water-absorb­ing properties, it is also used as a desiccant in other applications—inside the packaging of moisture-sensitive electronics, for example.

As its ability to absorb water is limited, the silica gel in conventional dehydrating breathers has to be replaced and disposed of reg­ularly—around two to three times a year on average. This frequency increases further as more renewable power is fed into the grid, as this means the transformer has to work under high load conditions more often. For grid operators, this is a task that takes up valuable time and ties up resources, and the resulting costs are not to be underestimated. 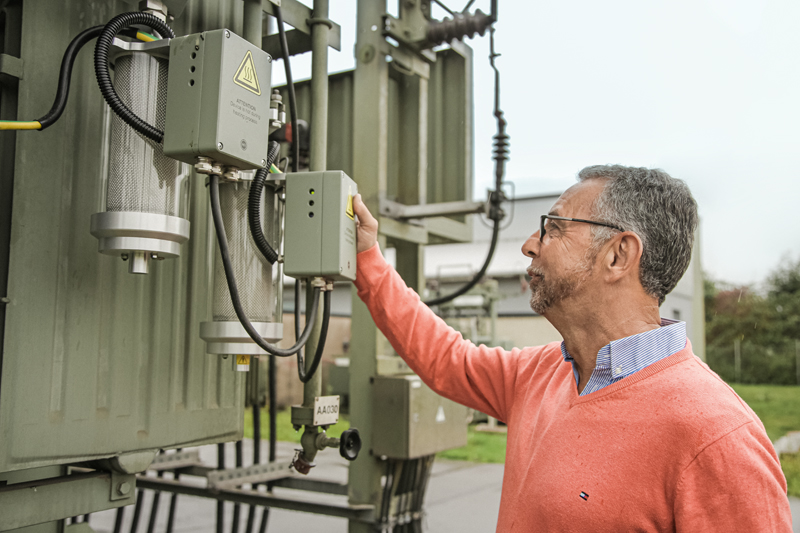 Karl-Heinz Jenal, who works as an operational supervisor at Saarland-based energy supplier VSE Verteilnetz GmbH and is responsible for maintaining the equipment, explains: “We have 56 high-voltage installations in our grid, each of which contains two transformers. Someone has to go out to each one on a regular basis to check whether the desiccant is still working properly. Over the course of a year, the time spent on maintenance really adds up. And then you have to factor in the metric ton of silica gel that we have to dispose of and replace.” At least, that’s how things used to be.

For VSE Verteilnetz GmbH, these tasks and the associated costs will soon be a thing of the past, as all of its transformers have been fitted with the maintenance-free MTRAB® dehydrating breather from Reinhausen subsidiary MESSKO. The breather still uses silica gel, but unlike the previous technology, the MTRAB® is able to regenerate itself. Sensors measure the moisture in the desiccant. An algorithm stored in the control system evaluates these measurements and an electric heating system is activated automatically when the saturation point is reached. After around two and a half hours, the silica gel is dry again.

VSE Verteilnetz GmbH first used the MTRAB® in 2008, when it was adding a new transformer to the fleet. Jens Leinenbach, head of grid operations, recalls: “We were trying to work out how we could cut down on maintenance in the long term. That’s why we were keen to try out a new product and see whether it proved its worth in practice.” And the MTRAB® definitely passed the test. Eight years later, VSE Verteilnetz GmbH ordered MESSKO dehydrating breathers for another 35 transformers and in 2019, the company decided to convert the entire fleet. 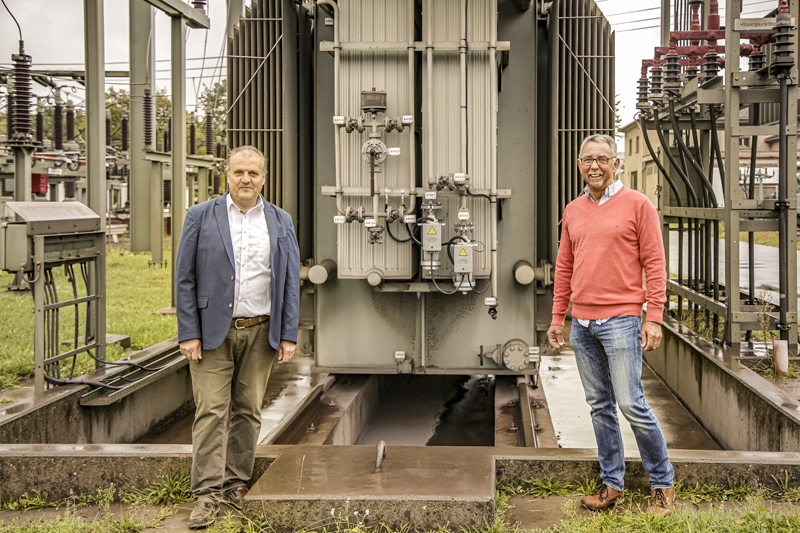 “We wanted to bring all of our equipment up to the same level. We deliberately opted for a quality product—something that is not offered by many manufacturers on the market. The fact that we have been work­ing with MESSKO and Reinhausen for many years also played a key role in the decision. Having a partner that we know and trust is important to us,” explains Leinenbach.

As an additional advantage, the MTRAB® dehydrating breathers can be networked so that error messages are sent straight to the control room. And even if the electronics system fails at some point, the MTRAB® still functions as a conventional dehydrating breather. The company has yet to see a single error message: “Our experience has been entirely positive so far. We haven’t had to worry about a thing since the equipment was installed,” says Leinenbach

Jenal, who oversaw the conversion work, agrees. “The installation process is self-explanatory and very straight­forward. Our own staff were able to carry out the work when they were going to a primary substation anyway for other reasons.” The new equipment has freed up resources that the operational supervisor and his team can now allocate elsewhere. When you work for an energy supplier, there are always plenty of other things to be getting on with.

“From a medium and long term perspective, VSE has made the right decision to save costs and, in doing so, joins the ranks of over 1,000 satisfied customers worldwide who have been successfully using our MTRAB® dehydrating breathers for many years,” explains Werner Sammet, Messko/MR Area Sales Manager for Europe.

The MESSKO® MTRAB® has proven itself many times over in the field since it was first launched over 15 years ago — there are now about 80,000 of these breathers installed worldwide. The maintenance-free dehydrating breather minimizes the ingress of moisture into the insulating fluid of transformers, tap changers, and other electrical equipment filled with insulating fluids. The MESSKO® MTRAB® can regenerate the silica gel itself thanks to the use of temperature and moisture sensors combined with intelligent algorithms — saving inspection and maintenance costs.

Would you like to know more about the MESSKO® MTRAB®?
Werner Sammet, Area Sales Manager Europe is here to help:
W.Sammet@messko.com