Saving for the future

Renewable energies are volatile. Decarbonization will not be possible without storage technologies across all grid levels.

DEnvironmental protection and the reduction of greenhouse gases, particularly CO 2 , require far-reaching changes in energy production around the globe. The expansion of renewable energies, especially solar and wind energy, play a key role in the energy revolution, because the supply of these environ­mentally friendly energy sources vastly exceeds the current global need for primary energy, currently at about 170,000 terawatt hours (see ONLOAD 07).

According to data acquired by the IEA (International Energy Agency), emissions-free power already accounts for approximately 37% of the power flowing through grids around the world. However, electric energy only makes up a fifth of the total global energy consumption. Therefore, how renewable sources can substitute conventional ones in the transport and heating sectors is also crucial for the energy revolution.

Therefore, how renewable sources can substitute conventional ones in the transport and heating sectors is also crucial for the energy revolution.

In order to reach our climate goals, a whole array of challenges must be overcome. In the words of Markus Riepl, who develops solutions for the grids of the future at Reinhausen: “Many questions are about how the grids of the future can transport this massive amount of energy, and how the volatile production of solar and wind power can be aligned with current needs in the right place at the right time. These questions have both global and regional dimensions.”

In the future, many industrialized nations, such as Germany, will have to import “green energy” in the form of “green hydrogen” produced in windy and sunny regions. At the same time, grid capacities are already reaching their limits and cannot always transport environmentally friendly power from the producer to the consumer as needed. One option for offsetting these fluctuations are energy accumulators. Below, this article shows how grid problems associated with renewable energies can be solved with storage systems—from high-voltage and extra-high-voltage to medium-voltage and low-voltage levels.

The challenge of sector coupling 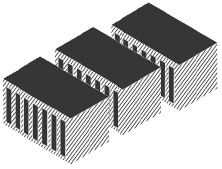 Even at the extra-high-voltage level, battery storage can buffer transmission bottlenecks in grids. For example, in Germany, electricity has to get from off-shore wind parks in the windy north to high-consumption areas in the south. While operators are constantly expanding transmission grids, this alone is not enough. The transmission power must also be optimized using what are called “grid boosters”. These are gigantic battery systems in the power range of several hundred megawatts.

For context: Transporting large amounts of electricity from the north to the south over lines results in overloading individual line sections again and again, which makes expensive redispatch measures necessary. This means that producers upstream of a bottleneck must reduce their production and those downstream of the bottleneck must increase their production by the same amount. The costs for these measures add up to more than 100 million euros annually in Germany alone.

Grid boosters help balance out these gaps by saving the excess quantities that occur upstream of bottlenecks and cannot be transported, nd then providing the power downstream of the bottle-necks. Since this all happens within an extremely fast response time, safety reserves in the grids intended for these kinds of malfunctions can be used for electricity transport. 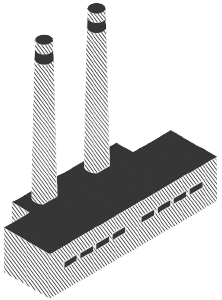 Due to the dependence on wind and weather, there is usually either too much or too little electrical energy available. Grid operators want to offset this by coupling or interlocking the energy sectors of electricity, heat and transport—using the energy source of gas. Excess renewable energy is decoupled to the transport and heating sectors using power- to-gas or power-to-heat systems.

The gas grid has enormous storage capacity for this. For example, the hydrogen produced with renewable energy in fuel cells for cars or through conventional utilization in natural gas consumers can reduce damaging greenhouse gas emissions.

Professor Veronika Grimm of the University of Erlangen-Nuremberg is one of the leading forces behind sector coupling in Germany. In an interview with the online platform sechsnull. de, she explains that green hydrogen in particular will play a crucial role when it comes to the decarbonization of the transport and heating sectors. The principle of power-to-gas technology

For this renewable energy specialist, it is also clear that there can be no energy revolution without international connectedness. “As an industrialized nation, we will still not be self-sufficient in a 100 percent renewable world. We will import hydrogen and synthetic energy sources that were produced in preferred regions all around the world,” says Prof. Grimm.

Wind or solar parks can be coupled to production units using these energy accumulators, allowing them to bring energy into the grids constantly and predictably. They help stabilize microgrids or poorly developed grids by compensating for fluctuating load and infeed amounts. From an economic point of view, community batteries make sense at many node points on the grids, says Reinhausen expert Markus Riepl.

“Grid operators avoid investment in grid expansion, and suppliers of wind and solar energy can use the market imbalances to sell their electricity when it brings in the most profit. Power stations can create reserves and compensate for demand peaks in the grid.”

The battery inverter combines three functions in a single unit: storage, reactive power compensation and active filtering. Due to this system service capability, these inverters are classified as grid components by the regulatory authority. This classification offers advantages to the operator in terms of investment costs and storage management. Remote regions with a weak grid connection can also achieve a more stable power supply using storage technology.

Energy storage systems (ESS) can store energy produced by various producers, like solar and wind systems or diesel generators, and output it to the grid as needed. As a result, these systems guarantee a smooth, continuous power supply. This requires inverter solutions, such as GRIDCON® PCS from Reinhausen, for example, which Autarsys installs in battery systems that are currently being used in the power supply of a remote area in the Philippines (read more on this in online issue 05 atwww.onload.reinhausen.com).

Andreas Plenk of the Dutch stor age system manufacturer Alfen sees even more versatile applications for battery systems. “More and more European cities are setting up green zones and want to ban diesel generators for environmental reasons. But markets, festivals and large events still need to be supplied with electricity. We have a similar situation at ports. Green zones are set up here in order to reduce the number of diesel generators port operators and shipping companies need. In this way, new markets are currently emerging.”

The energy transformation cannot be done without electric mobility, at least as an intermediate step. Analysts expect that, by 2030, there will be more electric vehicles on the road in most industrialized countries than those with combustion engines. In fact, California would like to get rid of conventional vehicles entirely by that point. For distribution grids, in particular, this development presents tremendous challenges which can only be mastered with intelligent charging infrastructure.

For example, expensive expansion of line capacities would be necessary in many cases in order to charge multiple vehicles in a parking garage or public parking spaces. The alternative is charging stations that keep a battery ready and therefore accelerate the charging process while simultaneously relieving the low-voltage grids. There is a global market here for which Reinhausen is providing solutions.

This concept can also benefit from swarm intelligence. The fluctuating, weather-dependent energy production from renewable energy sources can also balance fluctuations on the local grid level through smart battery solutions. For this purpose, vehicles in their downtimes provide their battery capacity to the power grid in the event of bottlenecks. In turn, in cases where the power grid would have more than enough energy to supply to the vehicles, supply and production peaks could be smoothed over. Battery storage can therefore help master the challenge of the energy revolution on all grid levels—from high-voltage grids to local grids. Reinhausen wants to do its part here.

Do you have questions about storage technologies?
Markus Riepl is available for your questions:
Markus.Riepl@reinhausen.com